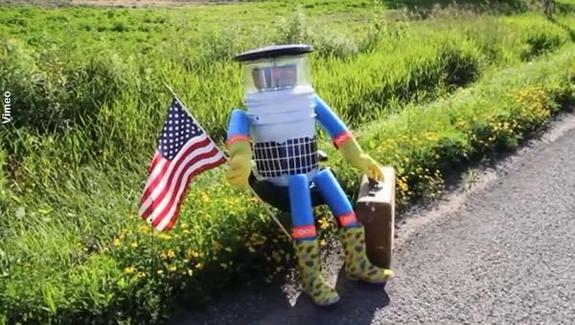 After successfully traveling across Canada and Germany via the kindness of strangers, the robotic hitchhiker known as HitchBOT received a rude awakening after a mere two weeks of attempting to traverse the United States. Beginning his journey in Marblehead, Massachusetts on July 17th, HitchBOT managed to travel down the east coast to Philadelphia, where his adventure came to an abrupt and gruesome end as the art project / social experiment became a victim of vandals who stole his head and electronic equipment. As such, his handlers were forced to swoop in and collect his remains with the hopes of learning what went wrong when HitchBOT came to America. More here.