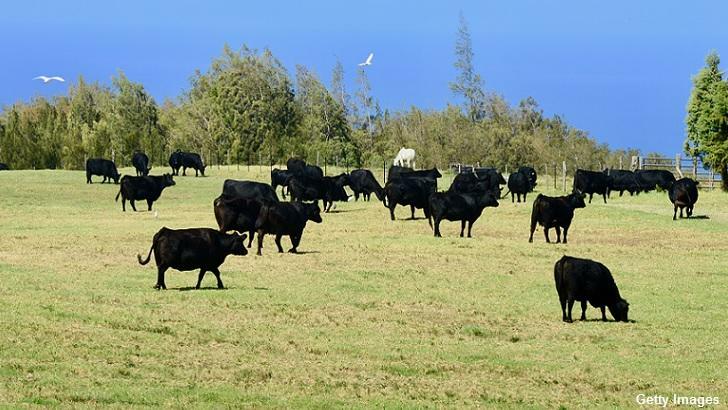 A whopping $40,000 reward has been offered to anyone who has information that can help authorities solve a very strange mass cattle death case that occurred in North Dakota earlier this summer. According to a local media report, the unsettling incident occurred on July 29th when a staggering 58 pregnant cows were mysteriously killed while grazing in a pasture on the Arrowwood National Wildlife Refuge. An exhaustive investigation into the case has led authorities to rule out a litany of potential causes of death, including lightning, anthrax, lead poisoning, and naturally occurring nitrate toxicity. As such, they now believe that the killing of the animals was the result of "something that was not naturally occurring."

While that verbiage may lead one to suspect that the case might be related to the cattle mutilation phenomenon, that would seem to be unlikely based on the sheer number of animals killed at one time and the fact that there were an additional 15 cows that somehow managed to survive whatever harrowing ordeal took down so many of their herd. On the contrary, authorities appear to suspect that the perpetrator was a human as, this week, the Stutsman County Sheriff’s Department and the North Dakota Stockmen’s Association announced the proverbial bovine bounty of $40,000 "for information leading to the arrest and conviction of the person or persons responsible."