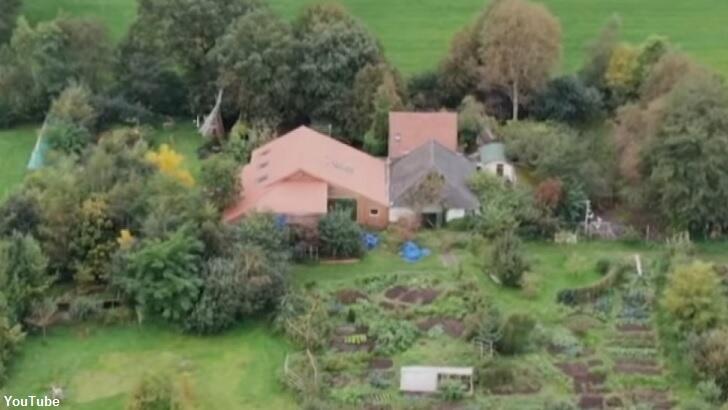 In a bizarre story out of the Netherlands, six people were freed from a farmhouse where they were apparently forced to live for the last several years waiting for the world to end. The truly strange case reportedly came to light this past weekend when a disheveled-looking young man visited a pub in the Dutch province of Drenthe. After a few drinks, he revealed to the bartender that he had "run away and needed help."

According to the mysterious stranger, he and his four adult siblings were being kept captive in a nearby farmhouse awaiting "the end of time" and that they desperately wanted out of the unsettling predicament. Police subsequently visited the residence and discovered that the family was, indeed, living in a secret series of subterranean rooms that could only be accessed by a staircase hidden behind a cupboard.

Although it is uncertain as to how long the group had been there, the man who escaped told the bartender that his visit to the pub was the first time he had been outside in nine years. Media reports out of the Netherlands indicated that the family managed to survive in near-total isolation by way of their own vegetable garden along with a goat and some geese, which, one imagines, made for rather nightmarish living conditions over such a prolonged period of time.

The five siblings as well as their bed-ridden father were removed from the residence and are currently being cared for by the authorities. Meanwhile, a 58-year old man who rented the residence was arrested for refusing to cooperate with investigators. To that end, a spokesperson for the police department conceded that "what exactly happened in the farmhouse is still very unclear. We are exploring all possible scenarios."

The primary theory at this time seems to be that the family was being held against their will by the man who was arrested by police as the secret space could be locked and a social media post from one of the siblings suggested that they were living in captivity. However, how exactly they wound up in such dire circumstances to begin with remains a mystery. Understandably, neighbors were shocked to learn at what had occurred in their community and the family who rented the farmhouse to the man declared "we knew absolutely nothing of this."