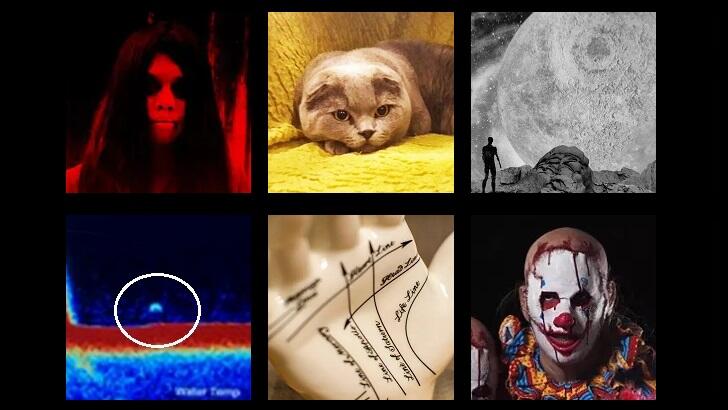 The mysteries of the moon, demonic activity, and predictions for the remainder of the year and beyond were among the fascinating realms explored this past week on Coast to Coast AM. And, here at the C2C website, we told you about a gang of creepy clowns in North Dakota, a wish-granting cat for sale in Russia, and a possible sonar sighting of the legendary Loch Ness Monster. Check out our round-up of highlights from the past week ... In Coast You Missed It.

Demons and their sinister nature were a hot topic of conversation during a pair of C2C programs this past week. First, on Saturday night, Pastor Carl Gallups talked about what he sees as a demonic infiltration of society by way of technology as well as the worlds of education, entertainment, and science. He cautioned that this widespread wickedness is an indication that the End Times are upon us. Then, on Tuesday night's program, Richard Gallagher shared insights from his twenty-five-year-long career assisting clergy with exorcism. He recounted several unsettling cases that he witnessed first hand in which possessed individuals exhibited remarkable and inexplicable abilities like psychic knowledge.

After making waves over the last few weeks thanks to a series of sightings at Loch Ness, the site's legendary monster once again spawned headlines when sonar equipment aboard a tour boat at the location picked up a sizeable object that many suspect could be the famed creature. The intriguing underwater event occurred as a vessel from Cruise Loch Ness was located over a deep portion of the site. Much to the surprise of captain Ronald Mackenzie, a sonar return showed an anomaly that appeared to measure a whopping 33 feet in length. The curious image was hailed by seasoned Nessie researchers as some of the best evidence for the creature yet and an Irish bookmaker agreed, slashing the odds of proving the existence of the monster sometime in the next two years.

Both tantalizingly close, yet still so far out of reach, the moon has long fascinated humans wondering what secrets the celestial body might hold. On Wednesday night's program, cosmic researcher Constance Victoria Briggs discussed her work exploring lunar mysteries and anomalies. She detailed how Neil Armstrong is alleged to have observed unknown craft when he made his historic lunar landing in 1969 and this observation was seemingly confirmed by remote viewer Ingo Swann, who described encountering 'moon-dwellers' during an RV session examining the location. Briggs also discussed the intriguing theory that the moon is actually a spacecraft as well as the ancient astronaut theory.

In what has become something of a nightmarish annual tradition around this time of year, creepy clowns once again popped up in the news this week when a mother in North Dakota reported encountering a group of the haunting harlequins while playing tennis with her son. The frightening incident which took place over the weekend in the city of Fargo saw the duo initially being watched by four people wearing clown masks. Things took a terrifying turn when the gang of miscreants began chanting and started to approach the pair. Fortunately, the group fled when the woman called police, who told her that she was the second person to report such unnerving activity that night.

Given the unusual nature of 2020, it's hard to imagine what may unfold in the weeks and months ahead as this tumultuous year comes to a close. Palmist Vernon Mahabal may have provided a glimpse of that future on Sunday night's program when he shared predictions for the remainder of the year and beyond based on trends he has observed while reading clients' hands. Noting that 2021 is ruled by an energy synonymous with fun, relief, and adventure, he forecast an end to the lockdowns and isolation created by the coronavirus around February of next year. Mahabal also predicted a win for Donald Trump in November's election and shared a tip of Coast listeners on how to activate a 'power spot' with their hands to tap into their intuition.

Easily the weirdest story of the week came from Russia where a woman posted an online ad selling what she described as a wish-granting cat. According to the allegedly magical feline's owner, the animal provided her with a new apartment as well as a similar residence and a new car for her family. Alas, she explained, the cat is apparently only able to grant three wishes per owner and so she has decided to sell him in order to share the proverbial wealth. The current asking price for the feline that can manifest one's greatest desires? The relatively meager sum of $127,000.