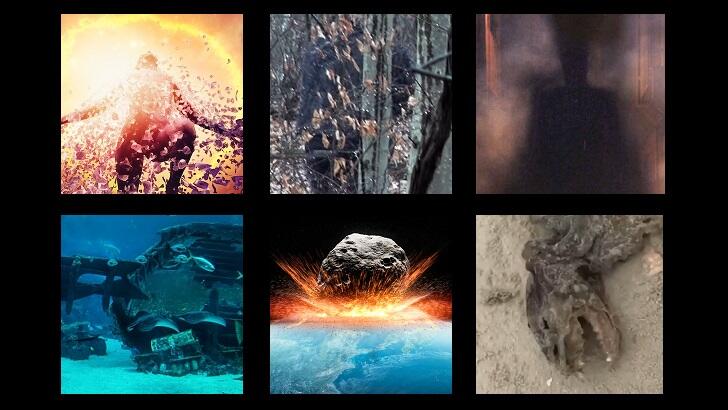 The Lake Champlain Monster, the Black Monk of Pontefract, and the dangers of near-Earth asteroids were among the fascinating topics explored this past week on Coast to Coast AM. And, here at the C2C website, we told you about a bevy of strange sea creatures that had washed ashore on beaches around the world, a purported video of Bigfoot lurking in an Ohio forest, and a forthcoming search for a legendary treasure that was lost at sea. Check out our round-up of highlights from the past week ... In Coast You Missed It.

One of the most unsettling poltergeist cases in paranormal history took center stage on Thursday night's program as Richard Estep and Bil Bungay discussed the infamous Black Monk of Pontefract. The haunting, which took place back in the 1960s, saw strange paranormal activity occur at a home in West Yorkshire, England, including purported sightings of an eerie monk-like apparition, which inspired the case's unnerving name. In addition to recounting the story, the duo also shared recollections of their own experiences at the home, which Bungay bought from the original owners.

In an exciting story that should unfold further later this year, maritime archaeologists from Spain and Mexico announced this week that they have formed a joint venture to search for a legendary lost ship containing what is believed to be a massive treasure. The Nuestra Senora del Juncal sunk nearly four centuries ago off the coast of Mexico while en route to Spain with an enormous cache of gold, silver, and other riches. In the ensuing years, no one has been able to find the downed vessel, but an expedition set to take place this coming May could finally locate the ship and the whopping 120 to 150 tons of treasure that went down with it.

Often overshadowed by its iconic 'cousin'' Nessie, the legendary monster of Lake Champlain, known simply as 'Champ,' received a much-deserved turn in the spotlight on Sunday night's program as Katy Elizabeth talked about her extensive research into the elusive creature. She postulated that there are probably multiple breeding pairs of Champs residing in the lake and, since there are almost no sightings in the winter, speculated that the 'monsters' may be cold-blooded and, therefore hibernate when the environment gets particularly frigid. She also argued that the cyptid was probably a reptile or amphibian rather that the popular notion that it is a remnant dinosaur.

Speaking of mysterious sea monsters, for some strange reason this past week saw three cases of curious creature remains washing ashore on different beaches around the world. First, in South Carolina, a woman walking her dog stumbled upon a gruesome carcass that she suspects could have been a monkey that had escaped from a nearby testing facility. Then, over in Scotland, the sizeable remains of a still-unidentified animal appeared on a beach following a storm. And, in Mexico, the body of a bizarre eye-less creature of some kind was found near the popular tourist destination of Puerto Vallarta.

While there are all manner of threats facing our planet, few are as worrisome as the possibility that an asteroid could strike the Earth at any moment and result in humanity suffering the same fate as the dinosaurs. On Wednesday night's program, Mike McCoy detailed his research into near-Earth asteroids and how much a danger they pose. Chillingly, he revealed that nearly half of such known objects are only discovered after they have passed by the planet. McCoy also explained what measures are being taken to prevent an asteroid hitting the Earth and what the 'powers that be' would do if they knew such a strike was imminent.

Easily the most talked about story in paranormal circles this past week came by way of Ohio where a pair of hikers claimed to have captured some rather fantastic footage of what they contend to be Bigfoot. The lengthy video features what appears to be a large hairy bipedal creature walking through the forest at Salt Fork State Park. However, not everyone was convinced that this was a genuine Sasquatch encounter, pointing to the way in which the footage was edited and the almost 'too perfect' conditions that the witnesses encountered the creature.