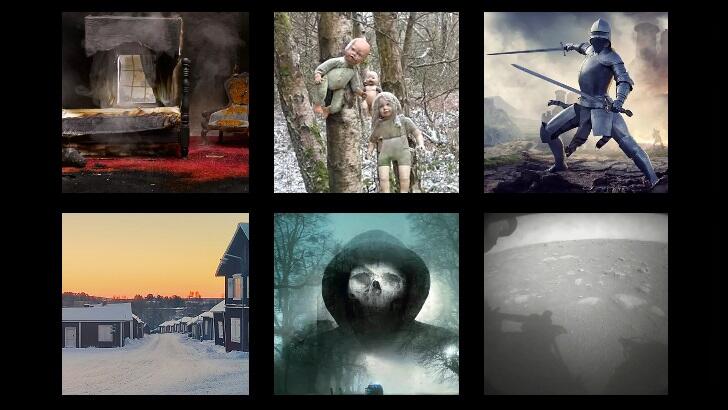 Demonic possession, ancient Romans in America, and spontaneous human combustion were among the fascinating realms explored this past week on Coast to Coast AM. And, here at the C2C website, we told you about the arrival of NASA's Perseverance Rover on Mars, a Ukrainian man who confessed to a fake murder in order to have his road plowed, and a woman in England who stumbled upon an eerie 'doll altar.' Check out our round-up of highlights from the past week ... In Coast You Missed It.

Could the ancient Romans have journeyed to America in the distant past? Author David Brody of the New England Antiquities Research Association explored this intriguing question on Saturday night's program. He noted that there appears to be significant evidence for a Roman-era presence in both New England as well as the Ohio River Valley, including a number of mysterious stone structures and carvings. Brody also pointed out how Roman coins have repeatedly washed ashore in Massachusetts following powerful storms which, he argued, suggests that there may be an ancient shipwreck waiting to be discovered off the shore of the state.

While this winter has proven to be particularly problematic for many people across America, the season drove one man in Ukraine to drastic measures after he found himself stuck inside his house for days following a storm that left his road covered in snow. Desperate to have the area cleared, he came up with a rather ill-advised way of making it happen by calling the police and claiming that he had just murdered his stepfather and wished to turn himself in for the crime. The catch, of course, was that the cops would have to plow his road in order to take him into custody. As one might imagine, officers were not amused when they arrived on the scene and, as such, charged the man with filing a false police report.

The mystery of spontaneous human combustion has been a fixture of the paranormal for decades and, on Wednesday night's program, electrical engineer Larry Arnold discussed his exhaustive research into these curious cases in which people inexplicably burst into flames. He detailed the various theories for what may cause 'SponCom,' as it known in esoteric circles, and recounted several infamous instances of individuals who fell victim to the unsettling phenomenon. Arnold also shared fascinating events wherein people seemingly began to spontaneously combust, but were able to stop it from happening.

The search for evidence of life on Mars took a huge step forward this week when NASA's Perseverance Rover made its long-awaited landing on the Red Planet. The $2.2 billion craft, which is the size of a small car, will soon embark on a two-year-long mission using an array of sophisticated instruments and sensors to scour the Jezaro Crater for indications that the location may have once harbored life of some kind. Perseverance may also make history when it deploys an autonomous helicopter which, if it successfully takes to the Martian sky, would be the first-ever interplanetary flight by a human craft.

Coast listeners were treated to some truly chilling tales this past Thursday night as spiritual warrior Bill Bean recounted how his family was tormented by demonic forces during the 1970s. He recalled how the sinister entity once physically attacked one of his friends who had come over for a visit to his home and marveled at how some kind of angelic being seemingly intervened to save his mother from this same evil energy. He also talked about his work as an exorcist and outline one particularly unsettling case in which he helped a young man named Caleb Weaver, who was described as being "fully possessed."

By far the most unsettling story of the week came by way of England, where a woman walking her dog in a forested area stumbled upon dozens of dolls that were fastened to trees. Found in an infamous patch of wilderness known as Cannock Chase, which boasts a history of odd activity and was once the dumping ground of a serial killer, the eerie discovery appeared to be an altar of some kind as the toys were arranged in a circle around a snow-covered board with candles sitting atop it. To the woman's credit, she actually returned to the location the following day to capture video of the spooky scene and the footage is pure nightmare fuel.