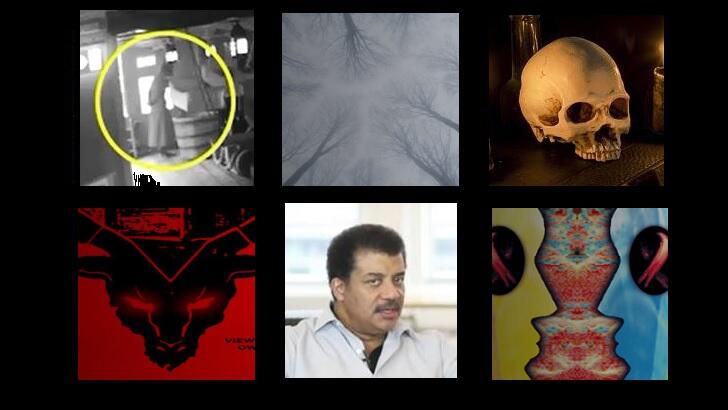 Chilling tales of ET encounters and demonic possession as well as strange stories concerning a Russian celebrity psychic and a plethora of ghost videos were among the highlights from this past week at C2C. Check out our weekly round-up known as 'In Coast You Missed It.'

One of the weirder elements of this past week may have been the sheer number of strange ghost videos which popped up online. There was the 'phantom dog' filmed in England, the eerie anomaly captured by a dashcam in Singapore, what appears to be an apparition aboard a historic British warship, and even a 'ghost train' in China. We're not sure 'who let the ghosts out' this week, but the spirits were certainly in the air.

Speaking of which, C2C featured a pair of programs which covered similarly spooky themes, beginning with paranormal researcher Zak Bagans who told Dave Schrader about his purchase of a supposedly haunted house in Indiana that resulted in a truly terrifying demon possession case. Later in the week, author Mitch Horowitz discussed the dark side of the occult and why it may not necessarily be as sinister as some might think.

We also reported on a pair of incidents from elsewhere in the world which will surely show up on next year's Bizarre Blotter. First, there was the case of the Russian celebrity psychic who wound up in trouble with law after being caught carrying a small bag of white powder, which he claimed to be 'magic salt.' And, in India, a physician found himself at the center of controversy for enlisting a witch doctor in the ICU at a hospital.

Wednesday evening's edition of C2C featured an enlightening conversation with animal communicator Sandra Mendelson, who shared messages that she has received via channeling from a variety of creatures. Coast listeners were treated to a variety of tales from Mendelson, including that of a boastful squirrel, a bitter chimpanzee, and even insights imparted to her from insects!

It seemed that the skeptics scored a couple of victories this week as Neil deGrasse Tyson produced a pretty entertaining and informative video which took aim at the Flat Earth theory using some basic scientific insights. Additionally, advocates for all sorts of conspiracy theories expressed concern when YouTube announced plans to utilize Wikipedia entries to debunk controversial alternative ideas, beginning with, of all things, the Moon hoax theory.

As the week wound to a close, frequent C2C guest and renowned paranormal researcher Rosemary Ellen Guiley appeared on the program to talk about her latest work collecting first-hand accounts of ET encounters. One of the more intriguing aspects of her research centered around "high strangeness" which befell those who allegedly experienced an alien encounter and then were subjected to MIB visits, poltergeist activity, and the sense that they were being watched.