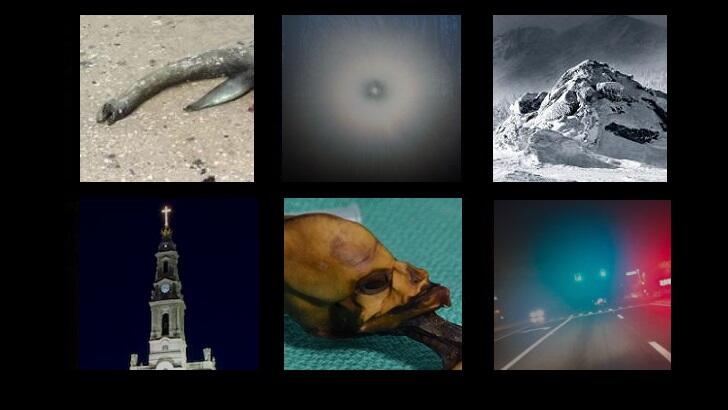 It was another wild week of shows and stories here at Coast to Coast AM, including a mysterious creature washing ashore in Georgia and the Atacama 'alien' being put to rest as well as absolutely riveting programs covering paranormal experiences reported by emergency workers and the Princess Diana conspiracy. Check out some highlights from the past week at C2C ... In Coast You Missed It.

The one story featured at the Coast website earlier this week which seemed to stand out among the rest and wound up making headlines around the world was the bizarre creature carcass found on a beach in Georgia. Since Monday's initial posting, the case remains a mystery with opinions largely split between skeptics who say that the 'beast' is simply a normal decomposing animal and those who argue that the whole thing is an elaborate hoax.

On the other end of the spectrum, it would seem that there is no longer any debate when it comes to the Atacama 'alien' as a newly-published paper this week detailed how genetic testing on the tiny skeleton provided scientific answers to the question of why the humanoid has such a strange appearance. UFO enthusiasts may have been dismayed to learn that 'Ata' was not an ET after all, but they probably won't have to wait too long before a new 'alien' appears to take its place.

In the latter half of Tuesday's program, paranormal researcher Gare Allen shared some truly jaw-dropping stories of eerie events experienced by emergency first responders. Perhaps the most bone-chilling incident recounted by Allen featured paramedics arriving at a home and being greeted by a woman urgently sending them to a bedroom on the second floor. When they got there, the EMTs were stunned to discover the very same woman from downstairs ... dead in her bed!

Thursday's program featured a somewhat similar topic in the form of spiritual teacher Kala Ambrose offering insights into harnessing the power of the dream realm. She not only detailed some tips and tricks for better remembering one's dreams, but also provided some perspective on the various types of dreams, from lucid to learning, and how to better understand and utilize these experiences for both self-improvement and connecting with the 'other side.'

Meanwhile, a trio of baffling cases burst back into the news cycle this week in the form of three very different stories. First, there was the revelation that the FBI had tried and failed to find a legendary cache of lost Civil War gold believed to be hidden in Pennsylvania. Then, Australian authorities spoke out against claims that doomed flight MH370 could be seen via Google satellite images. And, finally, the infamous Dyatlov Pass loomed large once again as yet another hiker went missing in the notorious area of Russia's Ural Mountains.

Speaking of legendary mysteries and conspiracies, a pair of C2C program from the past week covered two such cases, beginning with Paul Stark and Joanna Swords discussing the still-unanswered questions surrounding the Third Secret of Fatima with Richard Syrett on Saturday. And, on the next night's program, author and journalist Sarah Whalen talked to Dave Schrader about her research into the death of Princess Diana and the long-held belief that she was secretly assassinated.