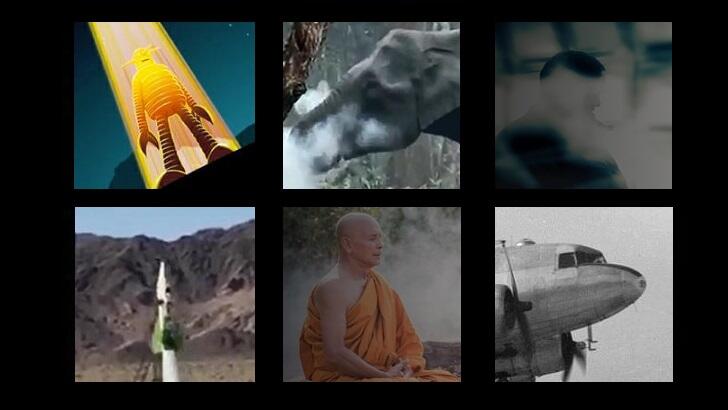 From a Flat Earth fan's homemade rocket finally taking flight to an astounding spate of cattle disappearances that have left ranchers fearing for the worst, C2C featured a number of truly amazing and mystifying stories and programs over the past week. Take a dive into our weekly showcase of some of the highlights ... In Coast You Missed It.

By far the biggest story of the week was the revelation that two different pilots spotted a UFO while they were flying over the state of Arizona last month. Thanks to riveting audio of their conversations with air traffic controllers, this amazing incident quickly burst onto the radar of the mainstream media in what seems to be further evidence that we may be in the midst of a UFO renaissance when it comes to how the subject is being seen by the public.

To that end, this past week on Coast, a trio of guests discussed the phenomenon from a number of unique and fascinating angles. On Sunday night's program, author Bill Birnes recounted instances when presidents seemingly crossed paths with UFOs. This was followed on Tuesday by writer Greg Bishop talking about classic UFO cases such as the infamous Pascagoula incident of 1973. And, finally, ET contactee Wilbur Allen detailed his research into spatial anomalies or portals opening in Earth's atmosphere on Wednesday.

An odd storyline we've been following for the last few months here at C2C finally came to an end this past week after Flat Earth enthusiast 'Mad' Mike Hughes successfully launched himself inside of his homemade steam-powered rocket. With the daredevil having announced and subsequently postponed two previous launches for the DIY rocket since November, it was something of a pleasant surprise to see him finally take to the sky over the Mojave Desert. If only he'd been up there long enough to snag the Flat Earth proof he had been seeking...

Making her monthly appearance on the program this week, investigative reporter Linda Moulton Howe shared some truly tantalizing stories of high strangeness that left us scratching our heads. Chiefly among them was her report on the baffling number of mysterious cattle disappearances which have recently occurred in the San Luis Valley and Northern New Mexico. In a testament to just how bizarre this flap has been, she noted that one unfortunate rancher actually lost 46 cattle that simply vanished during the night and left no clues behind as to what took them away.

Perhaps the weirdest story of the week at the Coast site centered around a series of 'ghost plane' sightings that occurred in England. What started out as two people reporting an enigmatic aircraft that resembled something from WWII soaring through the sky over the English county of Derbyshire turned into a full-fledged flap by mid-week when dozens of people also stepped forward to say that they saw the 'ghost plane' at the same time. This was made all the more eerie when one discovers that similar aerial apparitions have been reported in the area over the years.

The incredible power of the mind was highlighted in a pair of conversations this past week on the program. A Transcendental Meditation teacher for over 40 years, Bob Roth revealed on Monday how the practice can greatly enhance someone's life by both lowering their stress as well as strengthening their brain. And, later in the week, pioneering remote viewer Paul H. Smith talked about his work teaching others to RV and some of the intriguing topics that they've looked at such as Amelia Earhart's disappearance and the far side of the moon.