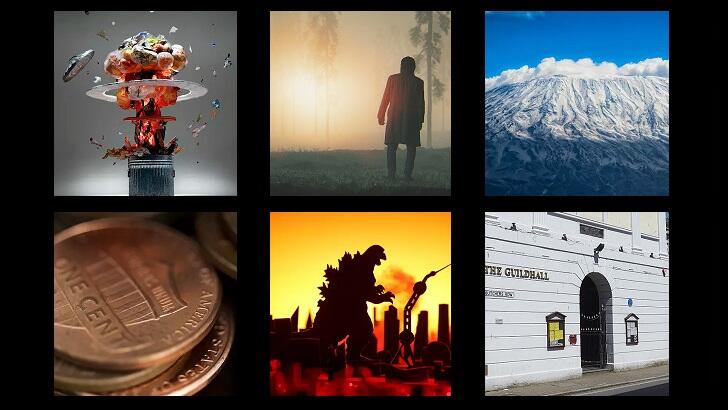 Ancient cataclysms, afterlife communication, and 'Godzilla vs. Kong' were among the fascinating topics explored this past week on Coast to Coast AM. And, here at the C2C website, we told you about potential government revelations about the UFO phenomenon, a town council in England that put the kibosh on a ghost hunt in their community, and a man who received his final paycheck in the form of thousands of grease-covered pennies. Check out our round-up of highlights from the past week ... In Coast You Missed It.

Premiering next week, 'Godzilla vs. Kong' is one of the most highly anticipated movies of the year and Coast listeners were treated to a preview of the film this past Saturday when its director, Adam Wingard, joined the show. He discussed the challenge of crafting a motion picture featuring a 300-foot-tall protagonist alongside human-sized characters as well as hinted at what audiences can expect when they see the film. A C2C listener himself, Wingard also revealed how he included something of a nod to the topics covered on the program by weaving the Hollow Earth theory into the story.

The UFO phenomenon made headlines on several occasions this past week, beginning with a tantalizing interview from former Director of National Intelligence John Ratcliffe wherein he suggested that a forthcoming government report on the enigma could be rather revelatory. Meanwhile, in Zimbabwe, an unfortunate witness to an unidentified object soaring through the sky wound up needing medical attention when the oddity frightened him so much that he fell off his motorcycle. And, in Mississippi, a curious sighting of what seemed to be a cluster of UFOs turned out to merely be a bevy of sky lanterns.

Ancient cataclysms took center stage on Monday night's program as Robert M. Schoch detailed how coronal mass ejections caused widespread disasters and the downfall of several civilizations throughout the planet's past. He explained that these sizeable solar outbursts can decimate the ozone layer and spawn earthquakes as well as floods. Such events, he said, overwhelmed early civilizations and led to their collapse. During his appearance, Schoch also talked about his research into the Sphinx and Gobekli Tepe.

One of the most amusing stories we've seen in a while occurred this past week in England where a paranormal group's request to investigate a historic venue was shot down by local politicians fearing what they might uncover. The organization Devon Free Spirits had hoped to gain access to a nearly two-century-old guildhall in the community of Barnstaple, but their appeal was rebuffed by perturbed members of the town council, who argued that if there are spirits in the venue, it would be best to leave them alone rather than give proverbial life to the ghosts and wind up scaring residents.

The question of what occurs after death has long fascinated humans and, on Wednesday night's program, author and actor Mike Anthony discussed his personal journey exploring this mystery following his father's sudden passing. He recounted being contacted by a medium claiming to be in contact with his dad after he had died and how the spirit was insistent that she get in touch with his family. Initially skeptical, Anthony became a believer after asking his father for a sign and received several indications that his request had been heard, leading to sessions with the medium wherein she provided information she could not have possibly known.

Easily the weirdest story of the week unfolded in Georgia where a man awaiting his final paycheck following a contentious split from his former job wound up receiving the funds in the form of thousands of grease-covered pennies. Owed $915, Andreas Flaten was not amused when he left his house a few weeks ago and discovered a massive mound of 91,500 coins sitting in his driveway along with an expletive-laden pay stub. Left with little recourse since the payment was in legal tender, the irritated man now spends hours each night cleaning the pennies in the hopes of someday being able to spend the money.