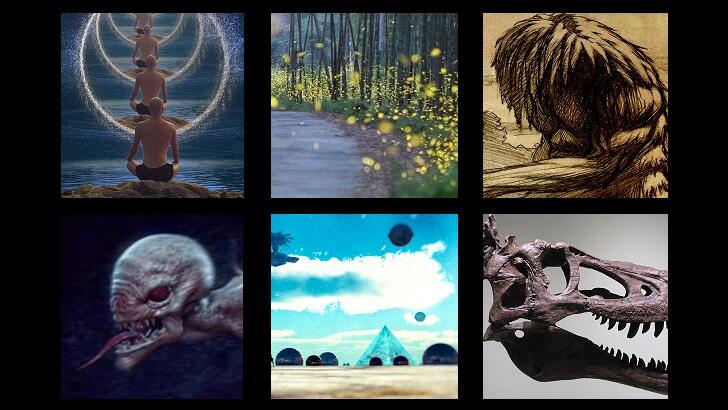 A faceless monster that reportedly roamed Missouri in the 1970s, an intriguing theory for the origin of paranormal phenomena, and an update on protecting the grid were among the fascinating topics explored this past week on Coast to Coast AM. And, here at the C2C website, we told you about several new creature sightings, a baby T. Rex for sale, and a man who is headed to prison for a weird incident involving 'alien lasers.' Check out our round-up of highlights from the past week ... In Coast You Missed It.

The tantalizing possibility that paranormal phenomena may be originating from a parallel world was explored by author Paul Eno on Monday night's program. He argued that poltergeist activity may not necessarily be demonic entities, but some kind of parasitic force from an alternative reality which exists alongside our own and can cross over during dramatic events when psychic energy is particularly high. Additionally, Eno postulated that ghosts may also be denizens of this parallel world and that we are merely catching glimpses of them through a proverbial veil between realms.

Curious creature sightings and cases made a considerable impact on the news this week by way of three stories featuring some iconic cryptozoological beasties. First, a family in Britain had what they believe to have been an encounter with one of the mysterious big cats that have been making headlines since the start of the month. Following that, a farmer in Mexico lost a whopping 71 of his animals to a nocturnal predator that he suspects could be the chupacabra. And, finally, a man driving near Loch Ness managed to catch sight of a weird anomaly in the water which, he contends, may have been Nessie.

Over the last several years, Coast to Coast AM has been sounding the alarm over the potential catastrophe which could occur should America's power grid fall victim to an electromagnetic pulse (EMP) attack. On Thursday night's program, Glenn Rhoades, Dr. Peter Pry, and Tommy Waller from the EMP Task Force on National and Homeland Security provided an update on efforts being made to protect the grid, including a recent executive order issued by President Trump which instructs various government agencies and departments to begin working on the issue. The trio expounded on what this latest development means and what other steps need to be taken in the future.

The scientific community was dealt a pair of disappointing blows this week in the form of two stories dealing with what might best be described as modern society's disregard for our distant past. Paleontologists were aghast when they discovered that the owner of an incredibly rare set of baby T. Rex remains had decided to put his find up for auction on eBay for a whopping 3 million dollars. Meanwhile, workers at a world-renowned ancient stone circle in Scotland were dismayed to find that some miscreant visiting the site had decided to leave behind a calling card via graffiti scratched into the country's beloved Ring of Brogdar.

One of the more unique creature cases in American history is that of the mysterious Missouri Monster that made headlines in the summer of 1972. On Saturday night's program, cryptid researcher Lyle Blackburn discussed the odd entity that has come to affectionately be known as 'Momo.' According to witnesses who encountered it, the 'monster' somewhat resembled a Bigfoot, but seemingly possessed no face and, on one occasion, was seen carrying a dead dog. While the Missouri Monster incidents were never conclusively solved, Momo has gone on to become something of a local icon ever since.

By far the strangest story of the week concerned a man in Pennsylvania who was sentenced to six years in prison for firing a gun at what he believed to be 'alien lasers,' but were actually just fireflies. Jesse Shields told police that he had been forced to take action when he and his girlfriend saw some strange flickering lights in the sky and their truck allegedly began shaking. No doubt thinking that the couple was about to be abducted by aliens, the frightened man fired off a 'warning shot' to the ETs. As one can imagine, police did not believe his fantastic claims and wound up charging him with a number of crimes related to the misadventure.