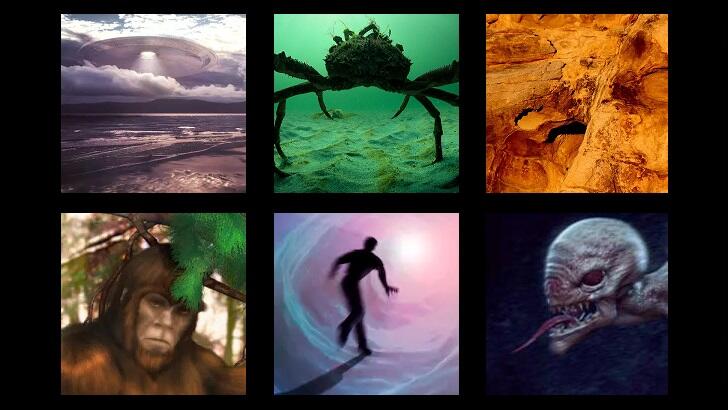 The UFO phenomenon, anomalies on Mars and the moon, and near-death experiences were among the fascinating realms explored this past week on Coast to Coast AM. And, here at the C2C website, we told you about an alleged interview with Sasquatch, a 'crab humanoid' caught on film, and a UFO landing case wherein a chupacabra seemingly exited the craft. Check out our round-up of highlights from the past week ... In Coast You Missed It.

Do the surfaces of Mars and the moon have signs that these worlds were once home to a civilization of intelligent extraterrestrials? This tantalizing question was explored on Monday night's program as Robert D. Morningstar detailed his research into curious Martian and lunar anomalies spotted in NASA photographs. He noted that images of the moon contain what appear to be structures due to their sharp edges and that Mars seems to boast several sculptures, including the legendary 'Face,' which he argued is "a geometrically encrypted icon." Morningstar also theorized that the survivors of some cataclysm on the Red Planet came to Earth and build the pyramids of Giza in honor of their lost world.

One of the more curious UFO cases to cross our desk in quite some time occurred this past week by way of Bolivia where several witnesses saw a mysterious craft land in a field and subsequently release some kind of creature that they likened to the infamous chupacabra. The jaw-dropping incident took place in the town of Monteagudo when residents spotted an odd halo of light descending from the sky. Upon landing, they say, a one-foot-tall being with large eyes exited the craft and began running down the street frightening children before vanishing into the night. Fortunately, the 'visitor' did not return, though that does leave one wondering where it might have gone.

Near-death experiences took center stage on Thursday night's program as author Tricia Barker reflected on her own NDE and how the event allowed her the ability to sense ghosts and communicate with the 'other side.' She observed that people who nearly cross over often come back with an interest in working to help humanity or serve as healers. While it may seem troubling to some, Barker stressed the importance of discussing near-death experiences as the conversation can help alleviate one's fear of death, strengthen their connection to nature, and develop a greater awareness of an individual's intuition.

This past week a particularly puzzling and undeniable eerie video popped up online showing what appears to be a humanoid entity scurrying down a road in a crab-like fashion. The very strange scene is said to have been captured by a security camera in Costa Rica although details surrounding the case are scant at best. In the spooky footage, the inexplicable interloper seems to scare away a dog that ventured over to investigate it before fleeing. Suggestions for what the oddity might have been included a legendary Latin American entity known as 'La Mona' or perhaps an eccentric individual having a bit of late-night fun.

The UFO phenomenon was a hot topic of conversation this past week on Coast to Coast AM with a pair of programs devoted to the enigmatic subject. First, on Sunday night's show, filmmaker Jeremy Corbell and actor Reuben Langdon discussed the US Navy video of a mysterious pyramid-shaped craft that was recently leaked and subsequently confirmed as genuine by the Pentagon. Then, on Tuesday night's program, retired government attorney James P. Lough talked about how Congress should evaluate UFO information they receive in classified briefings, how other nations deal with the phenomenon, and what may be piloting these puzzling craft.

Easily the weirdest story this past week unfolded at a Bigfoot conference in Nebraska where a Russian researcher's presentation largely consisted of him allegedly interviewing Sasquatch over the phone. The bizarre exchange, which lasted approximately 20 minutes, saw Igor Burtsev call a colleague, who was purportedly in the presence of the famed cryptid and helped to facilitate the exchange. Speaking in a series of guttural squawks, Sasquatch informed the bewildered audience that he, understandably, loathed both poachers and those who befoul his beloved wilderness habitat.