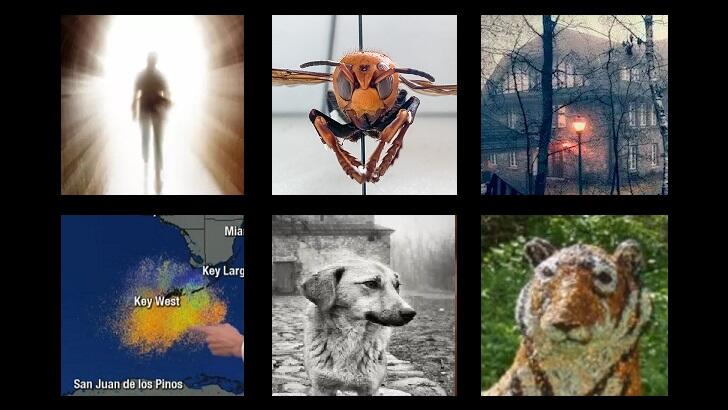 Haunted real estate, an astounding near-death experience, and the past lives of pets were among the fascinating realms explored this past week on Coast to Coast AM. And, here at the C2C website, we told you about a tiger statue in England that inadvertently prompted an armed police response, a massive sandstorm that swept over the capital city of Niger, and the arrival of 'murder hornets' to America. Check out our round-up of highlights from the past week ... In Coast You Missed It.

In a riveting edition of the program this past Wednesday night, David Ditchfield recounted his experience being dragged under a speeding train, journeying to the 'other side' as surgeons tried to save him following the accident, and ultimately coming back to the Earthly realm to share his incredible story. In vivid detail, he recalled encountering what appeared to be his guardian angel, entities who performed some kind of healing ritual on his body, and discovering, upon his recovery from the accident, that he now had amazing new abilities, specifically of the artistic variety.

The wonders of Mother Nature were on full display this week by way of three stories featuring some truly breathtaking scenes. In Kenya, a voracious sinkhole was spotted devouring everything in sight, including huge chunks of mud and grass. Down in Florida, a flock of migratory birds appeared on weather radar and resembled an amazingly colorful storm. Contrasting that beauteous event was a different kind of storm in the form of a massive wall of sand and dust that descended upon the capital city of Niger. At one point during the apocalyptic event, the sky even turned an eerie blood-red hue.

While the prospect of living in a haunted house may sound thrilling to a paranormal enthusiast, such a scenario is, understandably, a tough sell to your average prospective homeowner. On Monday night's program, psychic medium Mark Anthony discussed his work in the realm of haunted real estate and revealed how more than 20 states require what are called "stigma disclosure issues" surrounding residences, in many cases these include purported paranormal activity. Anthony also explained how some allegedly haunted houses can fetch big bucks and other homes seemingly can't be sold at all due to the spirits thought to lurk there.

A pair of strange cases centering around confused cops popped up in the news this past week, beginning with an incident in Malaysia in which police guarding a roadblock were startled to hear the sounds of what they believed to be an infamous ghost known in the country as a 'crying vampire.' Fortunately for them, it was later determined that they were the victim of a mischievous hoaxer. Meanwhile, over in England, a cadre of armed officers went on the hunt for what was reported to be a tiger seen sitting in a field, but turned out to be a remarkably realistic statue of a big cat.

Many people believe in reincarnations of lives that existed in the past, but could the phenomenon also be experienced by animals? This fascinating question was explored by Dr. Shelley Kaehr on Thursday nights program as she detailed her research into the possibility that pets could have past lives. Asserting that animals enter the afterlife in the same fashion as humans, she shared stories from past life regression sessions with clients who recalled seeing their modern-day pet, in some form, alongside them in their prior incarnation.

In what may turn out to be the proverbial spirit animal of this very bizarre year, so-called 'murder hornets' captured the attention and imagination of the public this week when scientists warned that the worrisome wasps had arrived in America for the first time. The monstrous insects measure a whopping two inches long, possess a powerful venom applied via their piercing stinger, and earned their nickname due to the fact that they are known to wipe out honeybee hives by ripping the heads off of the unfortunate insects.