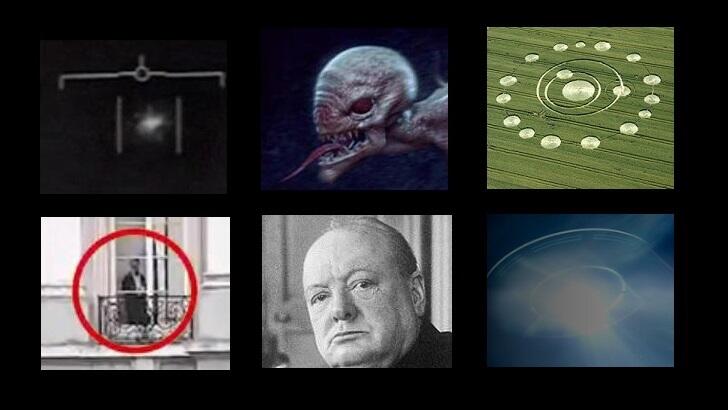 From the perplexing Mandela Effect to the tantalizing Tic Tac UFO incident as well as answer to a pair of recent paranormal mysteries and a possible chupacabra sighting, this past week featured a number of intriguing conversations and stories here at Coast to Coast AM. Before you begin your weekend, check out our weekly wrap up of C2C highlights ... In Coast You Missed It.

The hottest topic in Ufology today is, without doubt, the 2004 Tic Tac UFO incidents as new details about this remarkable series of events continue to come to light. Such was the case on Sunday night's C2C when George Knapp spoke with United States Navy Senior Chief Petty Officer Kevin Day, who shared his first-hand account of serving aboard a support vessel as the case was unfolding. Incredibly, he revealed that, in less than a week, there were over 100 sightings of anomalous objects by around 20 crew members who have yet to share their story, but will hopefully be speaking out soon.

Meanwhile, a more recent UFO event appeared in the news this week when a recording emerged online of a pilot reporting an anomalous object to air traffic controllers. Taking place just a few weeks ago over Long Island, the strange incident left both parties quite perplexed as the pilot was certain he saw something bigger than a drone in front of his airplane while the controller could not spot anything out of the ordinary on radar. Although neither man mentioned the dreaded three-letter-word 'UFO,' there was a strong implication during the exchange that the pilot was indeed seeing something 'out of this world.'

On Tuesday night's program, Coast listeners were treated to a fascinating look at one of World War II's forgotten tales as author Giles Milton discussed Winston Churchill's Ministry of Ungentlemanly Warfare. This group of diverse individuals were tasked with fighting the Nazis using unorthodox and ingenious 'dirty tricks.' During his appearance, Milton shared stories about some of the colorful characters who made up the group, which was unlike anything assembled by the British in the past, and how their exploits during the war proved to be pretty effective.

This week also brought resolution to a pair of recent mysteries covered here at the Coast to Coast AM website, beginning with the wolf-like creature shot and killed in Montana last month. Alas, speculation that the beast may have been something supernatural, like a dog-man or even Bigfoot, proved to be wishful thinking as DNA tests showed that it was merely a wolf. And the 'ghost' who watched over a boy on his bike at a mansion in England stepped forward to identify himself as simply a security guard keeping an eye on things outside the building.

One of the more intriguing paranormal concepts to emerge in recent years, the Mandela Effect, was discussed by researcher Fiona Horne on Monday night's program. Best described as when one seemingly remembers a different version of history than is currently accepted, the tantalizing phenomenon takes its name from the remarkable number of people who 'sense' that Nelson Mandela died prior to 2013. Capturing the imagination of many, no one is quite sure what may cause it, although some suspect that it is indicative of some kind of dimensional abnormality or time slippage.

While the Mandela Effect may be all the rage today, a paranormal oddity of yesteryear also happened to pop up in the news this week as well when a farmer in Paraguay reportedly encountered a chupacabra! As he was investigating a commotion coming from his sheep pen, the man was astounded to see a bug-like creature lurking in the corner after it had seemingly feasted on some of the farmer's livestock. Unfortunately, an attempt to chase down the mystery beast proved futile, but the entire affair left him convinced that he had come face to face with the notorious creature of cryptozoological lore.