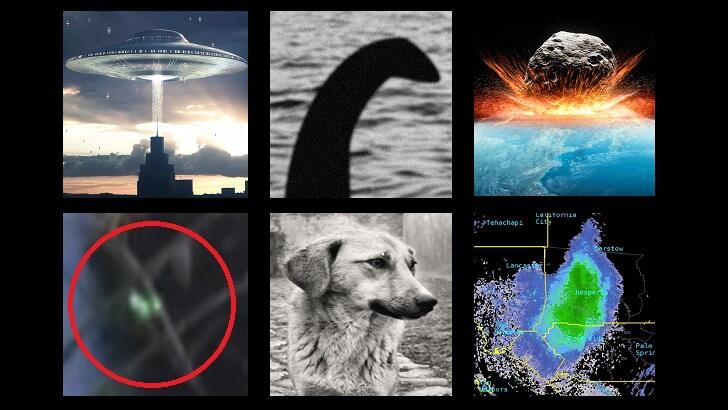 Planet X and asteroids, Project Serpo, and life as a pet detective were among the intriguing topics explored this past week on Coast to Coast AM. And, here at the C2C website, we told you about a massive swarm of ladybugs that popped up on weather radar, the FBI's interest in Bigfoot, and a trio of women in England who say that they see fairies. Check out our round-up of highlights from the past week ... In Coast You Missed It.

The prospect of locating a lost animal may sound daunting to some, but pet detective Jamie Katz has made a profession out of the challenge. On Thursday night's program, she discussed her work finding missing or stolen pets and shared insights into the unique line of work. Having handled over 500 cases, Katz detailed some of the reasons animals go missing, the best ways to track them down, and some of the more memorable missing pets she has found over the course of her career.

Iconic cryptids Bigfoot and Nessie stole the headlines this week by way of two stories that got considerable mainstream attention. First, the scientist behind a much-heralded Loch Ness environmental DNA project from last year hinted that the study yielded a surprising result which just may bolster the legend of the 'monster' said to reside at the site. Later in the week, Sasquatch made news in a most unexpected way as the FBI released a 1976 file detailing their role in testing hairs thought to have come from the creature.

The UFO field has long been rife with fantastic rumors concerning aliens interacting with humans and one of the most sensational stories of them is known simply as 'Project Serpo.' On Monday night's program, paranormal researcher Len Kasten talked about the conspiracy theory which claims that there was a clandestine exchange of astronauts and ETs from the planet Serpo. He also talked about the infamous alien entities known as the Reptilians as well as the possibility that the Nazis escaped to Antarctica.

The majesty of Mother Nature was on full display this week when a massive swarm of ladybugs wound up appearing on a National Weather Service radar watching over southern California. The incredible cloud of creatures, known scientifically as a 'bloom,' measured a whopping 80 miles wide. For those wondering what it might have been like standing on the ground as the swarm passed through, one observer described the sky as being filled with what appeared to be tiny flecks that were, upon closer inspection, ladybugs.

Mysterious and possibly dangerous objects lurking in our solar system were the focus of a pair of programs this past week. First, on Tuesday night's show, researcher Andy Lloyd discussed the infamous Planet X and how mainstream science may actually be on the verge of confirming that a giant world does exist in the outer reaches of our solar system. Then, on Wednesday night's program, reporter Gordon Dillow warned about the potential for an asteroid to strike the planet and cause widespread devastation.

In one of the weirder stories we've seen in a while, a trio of women appeared on British morning television with claims that they can see fairies. According to the self-described 'fairy whisperers,' these 'nature spirits' appear before them in all shapes and sizes, including one encounter where an entity was as large as a tree. During the highly-entertaining segment, one of the women even provided a brief video which, she contends, shows a fairy hovering in the sky near a stream.