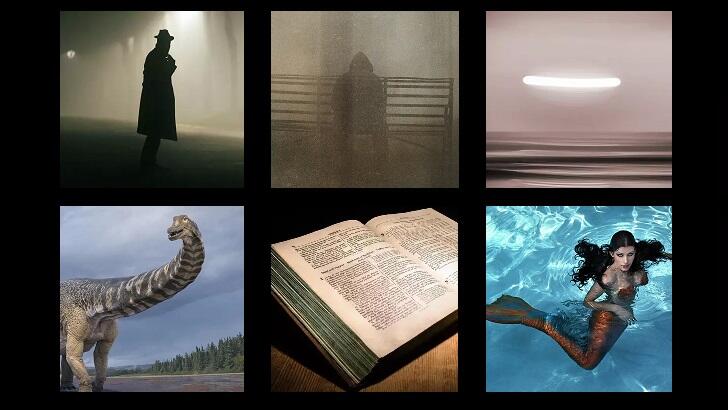 Shadow beings, a UFO 'fear program,' and Biblical prophecies were among the fascinating realms explored this past week on Coast to Coast AM. And, here at the C2C website, we told you about an enormous dinosaur species discovered in Australia, a mermaid blamed for tragedies in Jamaica, and an eerie potential ghost encounter at a haunted park in Singapore. Check out our round-up of highlights from the past week ... In Coast You Missed It.

Could the recent government and media interest in UFOs be an endeavor designed to make the general population fearful of the phenomenon? Paranormal researcher John DeSouza explored this intriguing question on Tuesday night's program, positing that the curious UAP disclosure process which began in December 2017 is actually a "massive psyop" wherein UFOs, which he contends are really secret military craft, are portrayed as a threat. He theorized that the ultimate goal of this agenda is to eventually orchestrate some kind of fake alien invasion that, in turn, leads to even greater consolidation of power among the world elite.

A pair of decidedly different ancient creatures popped up in the news this week by way of some fascinating scientific studies. First, in Australia, researchers confirmed the discovery of an enormous new species of dinosaur that measured a staggering 98 feet long and 21 feet tall. Dubbed Australotitan cooperensis, the monstrous creature likely roamed the Earth around 92-96 million years ago. Meanwhile, in Russia, scientists revived a multicellular animal that had been frozen in permafrost for a jaw-dropping 24,000 years. Amazingly, the microscopic bdelloid rotifer not only managed to survive the intense cold for thousands of years, but actually began asexually reproducing shortly after it had been brought back to life.

Shadow beings took center stage on Sunday night's program as author Heidi Hollis detailed her extensive research into these mysterious entities. Often seen in a humanoid form, she noted that the phenomenon can also manifest as shadow animals such as rodents or spiders. She also discussed the 'Hat Man' entity, which she explained is a more solid type of being that is evil in nature and can physically attack people by way of bites and scratches. During her appearance, Hollis also recounted a lucid dream experience wherein she encountered a group of angelic figures who demonstrated to her how they communicate with God.

While it may seem as if mermaids in the modern age are merely fodder for entertainment fare, the iconic aquatic creatures remain a very real part of local folklore in some parts of the world. Such is the case in the Jamaican town of Bog Walk, where residents attributed a pair of recent deaths to a bloodthirsty being long said to lurk in the waters of a river running through the community. Tales of the troubling mermaid have circulated among people living in the area for decades after a fisherman was said to have perished when he encountered the entity. Alas, the two fatal incidents earlier this month have revived the rumor and led to many residents becoming fearful of falling victim to the creature.

Given the unfathomable nature of the last year, it's understandable that some might suspect that we are living in the proverbial 'End Times' as predicted in the Bible. This worrisome scenario was explored on Wednesday night's program as Pastor Paul Begley made the case that, indeed, the apocalypse is upon us. He pointed to multiple natural disasters, eerie incidents of insect swarms, and, of course, the coronavirus pandemic as recent events which have left him convinced that the End Times are at hand. Begley mused that the Biblical Antichrist may soon emerge with promises of being able to solve the world's problem, but cautioned that this will be a 'Great Deception' foisted upon the human race.

This past week our radar picked up a particularly spooky story out of Singapore, where a woman jogging in a notoriously haunted park had an encounter with an eerie stranger that some suspect was a ghost. Nur Umairah had been out for a run through Pasir Ris Park at around 9:40 PM on Tuesday evening when she noticed a mysterious woman sitting on a bench in the pitch black darkness of night. Unnerved by the inexplicable presence, Umairah snapped a quick photo as she jogged past the stranger and, chillingly, soon began hearing a mysterious voice that was calling out her name. As one might imagine, the terrified jogger picked up her pace and fled the area as fast as possible.