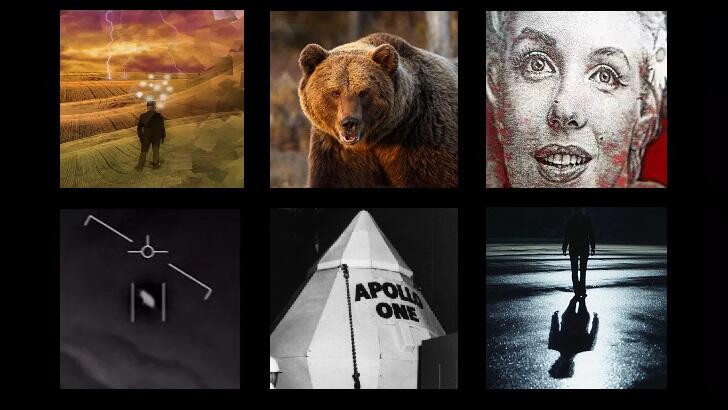 The Apollo 1 tragedy, lucid dreaming, and the mysterious deaths of Marilyn Monroe and Dorothy Kilgallen were among the fascinating topics explored this past week on Coast to Coast AM. And, here at the C2C website, we told you revelations concerning the forthcoming Pentagon UFO report, a California teenager who saved her dogs from a bear in her backyard, and a bizarre alien-like entity spotted on a road in India. Check out our round-up of highlights from the past week ... In Coast You Missed It.

Lucid dreaming took center stage on Wednesday night's program as author Robert Waggoner discussed his decades-long work within the realm of the mysterious sleep state. He recounted how his first experience with lucidity came about by using a method wherein he looked at his hands for five minutes before going to sleep and repeated the declaration "tonight in my dreams, I'll see my hands and realize I'm dreaming." After three days of using this technique, he found success when he was dreaming, saw his hands, and achieved the elusive state of lucidity. During his appearance, Waggoner also shared tips for remaining within a lucid dream and overcoming the initial shock that one experiences when lucidity occurs.

This past week saw a particularly puzzling piece of footage emerge out of India and some suspect that the video could show an alien walking down a road. The strange scene was filmed by some bewildered witnesses who were driving down a road in the community of Hazaribagh when they spotted a tall pale figure that sported unusually long arms. Despite their attempts to communicate with the being, it seemingly ignored them and simply continued walking along unfazed. The footage of the oddity subsequently popped up online in India, where it went viral and spawned all manner of theories as to the nature of the eerie stranger.

The ill-fated first mission of the Apollo program was revisited on Tuesday night's program as historian Ryan S. Walters detailed his research into the tragic 1967 event which took the lives of astronauts Gus Grissom, Ed White, and Roger Chaffee. He explained that the fatal fire that erupted during the test rehearsal of the Apollo command module reached temperatures of 1200 degrees and although no definitive cause for the inferno was determined, it is believed that a simple spark from a wire was to blame for the incident. The tragedy, Walters said, revealed a myriad of problems with how the Apollo craft was constructed and, ultimately, served as an unfortunate lesson for engineers as far as building safer methods of space travel.

A California teenager was hailed as a hero this week after she daringly fended off a bear that had gotten into a confrontation with her family's dogs. The jaw-dropping scene, which was captured on video by a home security camera, began when Hailey Morinico heard her pets causing something of a commotion in her backyard. Upon going outside to see what all the fuss was about, the teen was stunned to see a sizeable bear sitting atop a wall in her backyard and swiping downward at the dogs. What happened next was nothing short of amazing as the Morinico ran towards the ferocious creature, shoved it to the ground, gathered up her pets, and dashed back inside to safety.

Questions surrounding the suspicious deaths of reporter Dorothy Kilgallen and legendary actress Marilyn Monroe were explored on Thursday night's program as investigative reporter Mark Shaw presented his research into the two peculiar passings. Noting that the two women were actually very good friends, he indicated that Kilgallen was well aware of Monroe's dalliance with Robert Kennedy and, in fact, had teased such a scenario in a blind item gossip column. Shaw theorized that the reporter's knowledge of Monroe's secrets, as well as her calling for further investigation into the death of the actress, likely caused Kilgallen to be targeted by the same nefarious forces who orchestrated the Hollywood icon's demise.

Hopes for UFO disclosure were dealt a harsh blow this week when it was revealed that the much-anticipated Pentagon report on unidentified aerial phenomena will contain largely inconclusive conclusions as to the nature and origins of the odd objects. Government officials who have seen the study, which is due to be released to the public later this month, told the New York Times that the DoD found no evidence to suggest that the UFOs seen by Navy pilots are alien spacecraft, though apparently the report found that the objects were not secret American projects either, which has some wondering if perhaps the puzzling anomalies are some kind of hypersonic technology developed by China or Russia.

Evolutionary biologists Bret Weinstein and Heather Heying discussed unhappiness and division in the most prosperous age in human history. Followed by psychic medium Kristy Robinett, who explained the messages sent via nightmares.