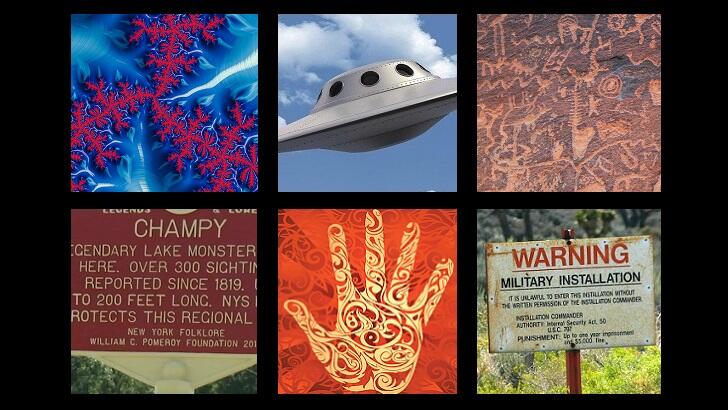 An alternative perspective on Abraham Lincoln, the influence of psychedelics on Christianity, and a number of forecasts for the remainder of the year and beyond were among the fascinating topics covered this past week on Coast to Coast AM. And, here at the C2C website, we told you about a bold plan to storm Area 51 en masse in search of alien secrets, President Trump sharing his thoughts on the UFO phenomenon again, and a celebration for a famous American lake monster. Check out our round-up of highlights from the past week ... In Coast You Missed It.

This past week C2C looked into the future by way of four very different methods. First, on Sunday night's program, Thomas O. Mills discussed his time spent with Hopi Elders and shared their prophecies regarding Earth changes. Then, on Monday night's program, Vernon Mahabal discussed the practice of palmistry and provided a forecast for the next few years when it comes to the economy, the 2020 election, and geopolitical tensions. On Wednesday night's show, generational marketing expert Ken Gronbach detailed demographic trends set to unfold in the United States over the next 30 years. And, on Thursday evening, Mitchell Scott Lewis looked at what may occur in the near and long term future based on his work with financial astrology.

The UFO phenomenon continues to dominate the paranormal news cycle in a major way as this past week saw President Trump once again offer his thoughts on the enigmatic phenomenon. Following up on his previous dismissal of the proverbial 'ET hypothesis, the president reiterated his stance by telling Tucker Carlson that "I'm not a believer, but, you know, anything's possible." Meanwhile, a pair of recently conducted polls provided some enlightening insights into what the average American thinks about UFOs.

Is the iconic image of Abraham Lincoln as one of America's greatest presidents actually a grand deception? Author Donald Jeffries examined that question on Saturday night's program and argued that, in fact, Old Abe was really something of a tyrant. He observed that, during the Civil War, Lincoln shut down newspapers, suspended the writ of habeas corpus, and, in general, overreached when it came to his executive powers. As such, he offered the rather unique opinion that he was "just an awful president." During his appearance, Jeffries also talked about often-overlooked and highly curious elements surrounding the Spanish American War and the 1913 Federal Reserve act.

Acting as a border between Vermont and New York, Lake Champlain has become famous in cryptozoological circles due to longstanding stories of a mysterious creature said to lurk in its waters. And this past week, the beast known as 'Champy' had a moment in the sun when it was honored by way of a historical marker declaring that the site is home to a "legendary lake monster lives here." Unfortunately, the creature itself did not make an appearance at the big unveiling, but we know it was there in spirit.

The possibility that psychedelics had an influence on the evolution of Christianity was explored by anthropologist Jerry B. Brown on Tuesday night's program. He specifically noted how he and his partner Julie Brown seemingly uncovered evidence suggesting that psychoactive mushrooms were considered important to the builders of Rosslyn Chapel in Scotland. Brown also talked about what he calls the "psychedelic renaissance" currently taking place in mainstream medicine today as researchers have begun turning to drugs such as MDMA and LSD as a way of possibly treating severe PTSD and victims of trauma.

By far the most bizarre story of the week involved an audacious plan by UFO enthusiasts to storm Area 51 in search of alien secrets. The wild idea began as a joke Facebook post, but quickly captured the imagination of the masses online as hundreds-of-thousands of UFO enthusiasts said that they would join in on the misadventure set for September 20th. Whether they are foolhardy enough to follow through on the siege remains to be seen, especially now that the security forces at Area 51 know when they'll be coming.