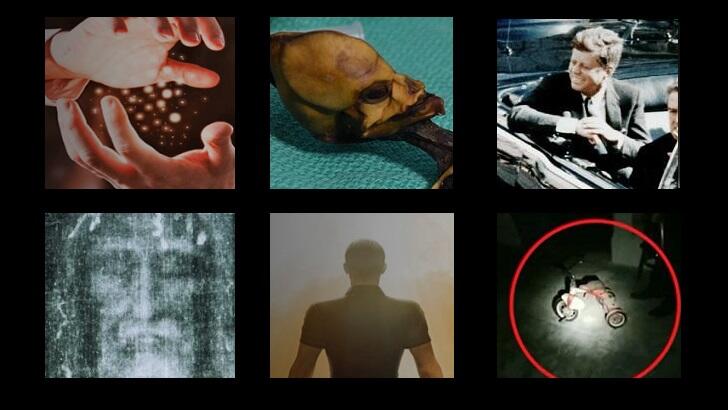 A possible connection between the JFK assassination and the UFO phenomenon, the true history of magic, and an incredible Near-Death experience were among the topics covered on Coast to Coast AM this past week. Meanwhile, here at the Coast website, we brought you stories concerning a number of scientific studies connected to the paranormal, a pair of spooky ghost videos, and the tale of an Australian woman who is certain that aliens abducted her ducks.

One of the more intriguing theories surrounding the JFK assassination is that it was somehow connected to the UFO phenomenon. On Tuesday night's program, author Mike Bara discussed his exhaustive research into this possibility and posited that Kennedy's decision to go to the moon was actually a bid to retrieve ancient alien technology that could be found there. As one can imagine, JFK's quest did not sit well with the 'powers that be' who aim to keep the UFO phenomenon a secret, Bara mused, which ultimately led to events that took place on that fateful day in Dallas back in November of 1963.

A pair of studies connected to the paranormal made news this past week, beginning with the latest twist in the Shroud of Turin saga. In a newly-published paper, forensic scientists tried to match the image on the cloth with how actual bloodstains from a crucified person would develop. The end result was a determination that the infamous image on the Shroud was likely a fabrication. Meanwhile, scientists looking at the Atacama 'alien' study from earlier this year issued a review of the endeavor and lambasted the researchers behind it for both faulty science and questionable ethics.

Although magicians are well known for closely guarding their secrets, C2C was provided a glimpse behind the curtain on Monday night's program when renowned historian of stage magic Jim Steinmeyer detailed the true history of this unique performance art. Over the course of his appearance, Steinmeyer recounted tales of some of magic's most colorful characters like Harry Houdini, the Amazing Kreskin, and Carl Ballantine. He also mused about why magic has endured for so long and how performance styles have evolved throughout the years.

Haunted objects found their way into the headlines over the last few days via two separate videos showing some truly eerie activity. First, there was the case of a 'clown doll' from a paranormal museum in England that was seemingly caught moving on its own by the site's security system. Were that not creepy enough, we also brought you the story of a ghost hunting group who were stunned to see a toy tricycle that also appeared to move as if it were being pushed by an unseen force.

Longtime friend of Coast to Coast AM, Dannion Brinkley returned to the show on Thursday evening to talk about his life-altering Near-Death experiences. In riveting detail, the author and hospice worker recounted the day in 1975 when he was struck by lightning and journeyed to 'the other side.' Taking listeners through the various stages of his incredible experience, Brinkley shared insights on being out of his body and watching as paramedics tried to save him as well as the breathtaking moments when he underwent a "life review" and felt every moment of his existence from the perspective of others around him.

Easily the weirdest story featured at the Coast to Coast AM website this week was the tale of an Australian woman who has lost eight of her prized pet ducks and thinks aliens may be to blame for their disappearance. Faced with the fact that there were no signs of forced entry nor any indication that the animals were attacked as well as the odd way in which they vanished one-by-one over the course of a couple of weeks, Desi Friend was left with few options as to what may have been behind the strangeness except for what she called "alien forces."