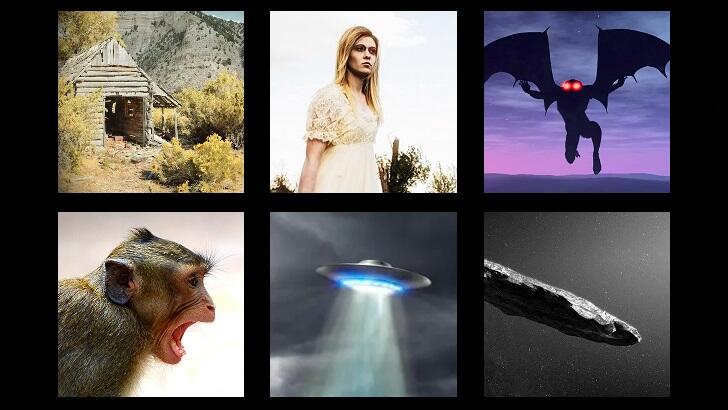 A mysterious Mothman-like creature said to lurk around Chicago, the Skinwalker Ranch, and the Pentagon UAP Report were among the fascinating topics explored this past week on Coast to Coast AM. And, here at the C2C website, we told you about an eerie ghost sighting that might be connected to a missing person case, a monkey war in Thailand, and a new hunt for aliens. Check out our round-up of highlights from the past week ... In Coast You Missed It.

Skinwalker Ranch took center stage on Sunday night's program as Brandon Fugal, owner of the site, and Thomas Winterton, manager of the location, discussed unusual incidents at the mysterious paranormal hotspot. Although the ranch has become rather famous in recent years due to the peculiar activity said to occur there, Fugal noted that such reports actually stretch back to nearly a century ago. In recent years, they said, there have been UFO reports, cattle mutilations, and electromagnetic disturbances all emanating from the location. Speculating on what could be behind the veritable bouillabaisse of high strangeness, Fugal theorized that it could be the result of extraterrestrial, multidimensional, and spiritual forces intermingling at the site for reasons unknown.

This past week saw an intriguing development in the search for extraterrestrial intelligence as Harvard astronomer Avi Loeb announced the formation of a new alien-hunting initiative known as the Galileo Project. Unlike similar endeavors looking for evidence of ETs, which largely scan for signals in space, the group plans to look for signs of alien civilizations in the form of hardware and artifacts. Specifically, they'll be using advanced cameras to try and detect UFOs zipping through the skies as well as telescopes to locate possible ET craft in the form of interstellar objects and alien satellites that may be hiding in orbit around the Earth.

Over the past few years, numerous individuals in the Chicago area have reported seeing a strange flying creature, which some have likened to the infamous Mothman. On Monday night's program, paranormal researcher Lon Strickler detailed the curious case which he has been investigating since it stories of the sightings first began to emerge around a decade ago. He explained that the creature is particularly puzzling because, beyond it possessing bat-like wings, witnesses have offered a variety of descriptions for what they saw, including an insectoid-type oddity and a gargoyle. During his appearance, Strickler also talked about recent reports of eerie 'pale humanoids' appearing in forested areas in the western United States.

One of the wilder scenes we've seen in a while came to us this week by way of a video from Thailand where traffic in a city came to a standstill after a veritable monkey war erupted and spilled out into the streets. The jaw-dropping simian showdown, captured on film by a bevy of stunned bystanders, unfolded in the community of Lopburi. Usually a popular tourist destination, the city has seen a significant drop in visitors due to the pandemic. In turn, this had led to a food shortage for the wild monkeys that live in the area, since they rely on the kindness of these strangers to feed them snacks. The predicament culminated with this past week's battle in the streets as hundreds of hangry monkeys clashed over food and territory in the tourist-starved city.

The fallout from last month's landmark Pentagon UAP Report continues to reverberate in the UFO research community and, this past week on Coast to Coast AM, multiple guests shared their thoughts on the much-discussed government assessment of the phenomenon. On Saturday night's program, ufologists Keith Basterfield and Paul Dean noted that there are aspects of the report that are in direct contradiction to prior statements from the government with regards to UFOs being a national security threat. Then, on Wednesday night's show, former UK Ministry of Defence official Nick Pope expressed optimism that the assessment was just the start of a process that will ultimately culminate with an official confirmation that extraterrestrials have been visiting the Earth.

By far the most baffling story of the week centered around an eerie ghost sighting that may be connected to a case of a missing woman in California. The witness to the potential apparition was a three-year-old boy, who stunned his family during an outing to Shuteye Peak in the Sierra National Forest when he claimed to see the spirit of a dead woman with blue hair. After sharing the boy's story on social media, his parents were stunned to discover that a woman had gone missing in the area about a year ago and, at the time of her disappearance, she had blue hair. The chilling similarity was actually compelling enough to garner the attention of the authorities, who visited the site of the ghost sighting, but did not find any new clues to the case.