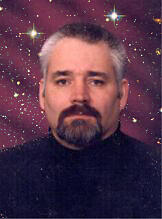 Futurist John Jay Harper, a former guest on C2C, passed away on December 15th. A prolific researcher of earth changes, Harper authored the book Tranceformers: Shamans of the 21st Century, made numerous public speaking appearances, and served as editor-in-chief of Reality Press in California. Remarkably, these accomplishments came after Harper had already had a lengthy and successful career with the Department of Defense, where he worked at a number of Top Secret facilities. Our condolences to his family and colleagues.

Mitch Horowitz shared habits and techniques to revolutionize your life. Followed by Anne Jirsch, a pioneer of Future Life Progression.