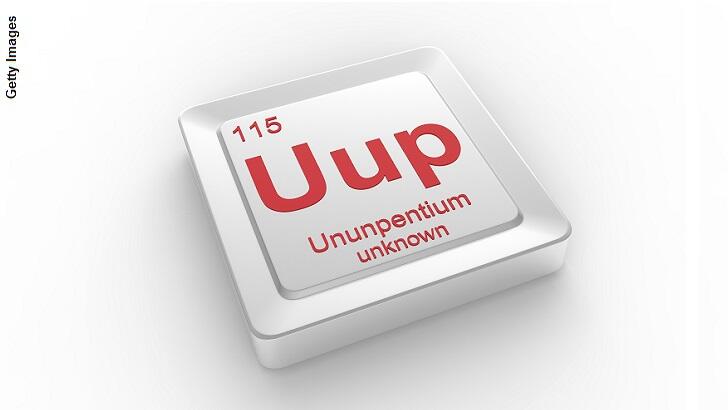 The International Union of Pure and Applied Chemistry has officially added four 'superheavy' elements to the periodic table, including one which should be very familiar to C2C listeners due to its special place in UFO lore.

The IUPAC confirmed the discovery of elements 113, 115, 117, and 118, granting them their rightful spot in the seventh row of the periodic table.

In some sense, the announcement completes a strange journey which began back in 1989 with famed Area 51 whistleblower Bob Lazar.

When Lazar went public with his revelations about working at Area 51, one of the more tantalizing tidbits of insight was that the UFOs possessed by the government were powered by a mysterious 'Element 115.'

At the time, Lazar's claims were dismissed as unbelievable because there simply was no Element 115.

His tale gained a layer of credibility in 2003 when a team of Russian scientists created the elusive element and, twelve years later, the discovery was confirmed after subsequent tests verified its existence.

Based on what we know about the official version of 115, it differs dramatically from what Lazar has described over the years.

Specifically, the element apparently decays in less than a second and is not stable enough to be utilized for anything.

However, in an interview with George Knapp in 2014, Lazar dismissed early findings surrounding Element 115 and expressed confidence that further testing will develop an isotope from the element that matches his initial description.

"They made just a few atoms. We'll see what other isotopes they come up with. One of them, or more, will be stable and it will have the exact properties that I said," Lazar told Knapp.

Whether this development comes to pass remains to be seen. For now, we await the official name for Element 115 to be announced as it sheds its temporary name of 'Ununpentium.' May we suggest Lazarium?

Coast Insiders who want to learn more about Bob Lazar, Area 51, and Element 115 should check out his previous appearances on the program.