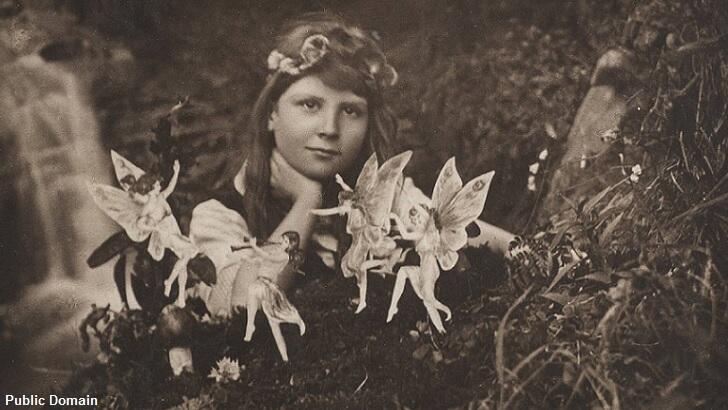 In an update to a story we told you about a few weeks ago, a pair of infamous images that were at the center of a legendary hoax over a century ago wound up selling for a whopping amount in a recent auction in England. Known as the 'Cottingley Fairies,' the photos were something of a sensation back in the late 1910's as they purportedly showed fairies interacting with a pair of young girls. The veracity of the images were debated for decades until the two individuals behind the photos admitted that they were fabricated.

Nonetheless, it seems that the chance to own a dubious piece of paranormal history proved to be pretty tempting when two of the photos went up for auction late last week. Originally expected to sell for around $900 to $1,300 each, the final bids for the photos far exceeded that amount. In fact, one image sold for a little over $7,000 and its more iconic counterpart, seen above, was purchased for a jaw-dropping $20,000.

The auctioneer who oversaw the sale was amazed at how much the photos netted. Musing to a British newspaper, Chris Albury said that he thought that, "if things went wild," the two images together might have garnered enough interest to sell for around $13,000 total. As such, considering that they sold for more than double that amount, the photography specialist was positively gobsmacked, marveling that "these prices are absolutely staggering." The identity of the buyers is unknown at this time, although it is said that they reside in the UK.