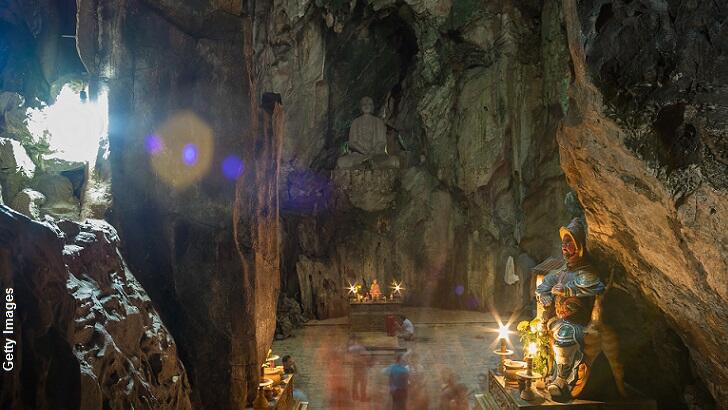 Inner-Earth Civilizations May Soon Reveal Themselves!

Author and researcher David Wilcock told C2C that an alliance of ancient civilizations currently residing inside the Earth may be soon reveal themselves to the world.

During the formation of all watery planets in the universe, he explained, hollow cavities form below the surface of the crust and have their own biome that features bacteria which gives off natural light.

"What this means is that you can actually live inside caverns in the Earth that have visible light," he marveled.

Based on his research, Wilcock said, "it appears that these cavities are used so that more advanced civilizations have a place they can live while they're managing what takes place on the surface."

Over the span of the planet's history, he said, various advanced societies, such as the Atlanteans, took refuge underground in order to survive tumultuous times and ultimately settled in their new subterranean location.

While the presence of these civilizations has been a part of UFO lore for decades, he contended that the government has direct knowledge of their presence due to accidentally discovering them via clandestine projects aimed at building secret underground bases.

"They'll have these tunnel boring machines and sometimes they break through into someplace they're not supposed to go," Wilcock claimed, "and there's already people there."

Citing the testimony of contactee Corey Goode, Wilcock revealed that the tenuous relationship between the Inner Earth people and those with knowledge of their existence has recently become fractured.

"This military industrial complex had formerly worked with these people and had treaties with them and is now trying to kill them."

As such, these Inner Earth societies have come together in response to the emerging threat and have turned to interstellar entities in the hopes of gaining help in the fight against the forces trying to destroy them.

According to Wilcock, a long sought after meeting between the two groups was finally held and Goode was allowed to observe the exchange. The strange summit resulted in a stunning request from the interstellar entities.

"The Inner Earth people came out of it quite shell-shocked," Wilcock said, "they have been asked to reveal themselves to us as part of disclosure."

Should the subterranean societies comply with the request, he mused, "I think we are going to find out that underground bases are much more extensive than we thought and much more ancient."

For the full interview with David Wilcock click here.