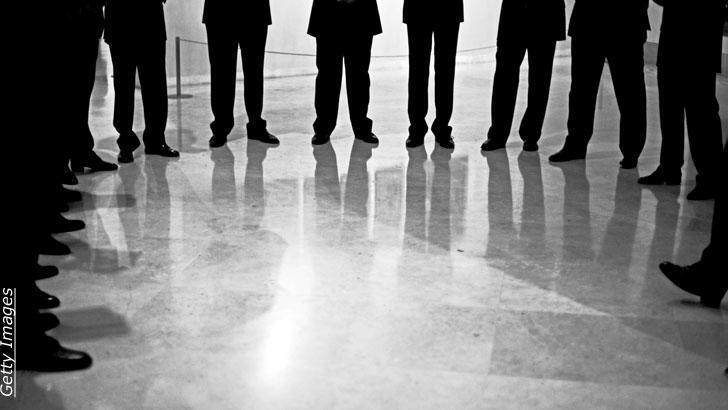 A fascinating new survey on conspiracy beliefs in nine different countries is said to be the largest study of its kind and has produced some truly thought-provoking results. Conducted by the organization YouGov at the behest of England's University of Cambridge, the exhaustive project polled 11,000 people throughout the United States, Britain, Poland, Italy, France, Germany, Portugal, Sweden, and Hungary regarding their thoughts on an array of conspiracy theories.

The different proposed scenarios put forward in the survey are indicative of the current state of conspiracy culture in that a number of them centered around more political and less fantastic ideas. For example, respondents were asked about the possibility that "man-made global warming is a hoax," that their government is "hiding the truth" about the number of immigrants in their country, and that there are concealed dangers in vaccines.

That said, there were a handful of 'classic' conspiracies included in the mix such as theory that there is an Illuminati, for lack of a better term, that secretly controls the world. At least ten percent of the people in all nine countries expressed a belief in this shadowy cabal with Portugal topping all other countries when it came to that question with a sizeable 42% of the people responding in the affirmative. For those keeping score at home, a mere 17 percent of Americans expressed belief in this particular theory.

Perhaps the most surprising result, which is somewhat hidden in the data-rich final report, concerns belief that "humans have made contact with aliens" and this development has been kept secret from the public. Despite different surveys which have produced more promising findings to UFO enthusiasts, the responses to this particular study are unquestionably disappointing. No country registered more than 15% belief in such a scenario and support for the idea garnered percentages in the single digits among denizens of more than half of the countries surveyed.

Conversely, there was one worrisome conspiracy theory which found widespread support in all of the countries: that democracy was essentially an illusion and "a few people will always run things in this country." Across the board, at least 30% of the respondents throughout the nine different countries said that they believed this scenario to be the case, suggesting something of a troubling trend sweeping through Western democracies.

The most skeptical nation was Sweden, where 48% indicated that none of the conspiracy theories put forward in the survey were true, whereas a mere 15% percent of Hungarians shared that perspective. Meanwhile the United States was in the middle of the pack with 36 percent. All told, the study found that at least 50% of the people in each of the nine countries believed in one or more of the ten scenarios highlighted in the survey.

Animal welfare activist Carney Nasser discussed the illegal animal trade in the U.S. Michele McPhee detailed her research into a possbile FBI coverup in the case of the Boston Marathon Bombing.