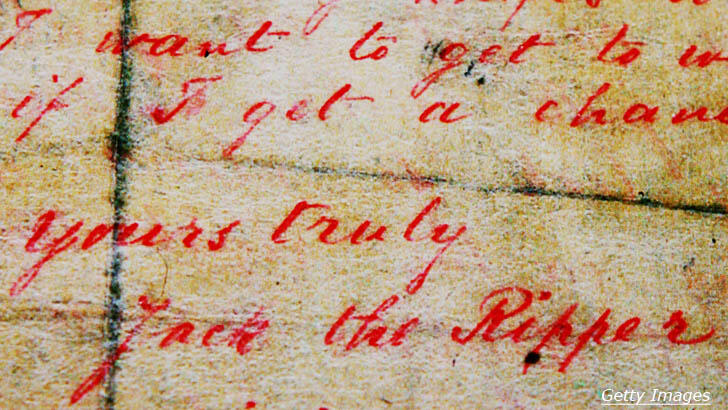 A private investigator fascinated by the Jack the Ripper mystery is suggesting an intriguing new theory which pins the infamous murders on three men!

Randy Williams developed a unique approach to solving the mystery by devising a serial killer profile from a study of notorious past murderers and then sifting through the vast array of Ripper suspects to see who fit the bill.

His search yielded three individuals and, in course of studying those suspects, Williams made a stunning discovery.

According to his research, the three men were part of a socialist-communist group known as the International Working Men's Education Club that sought to sow chaos in society.

As his investigation continued, Williams came to the conclusion that the killing spree was committed by the three men acting in concert rather than the work of a sole madman.

The identities of the suspects, for those keeping score at home, are Louis Deimschutz, Isaac Kozebrodski, and Samuel Friedman.

William's conspiracy hypothesis strips away the seemingly supernatural ability of the Ripper to commit his crimes undetected as well as differing witness accounts of the suspected killer's appearance.

He believes that the motive behind the murders was to alert the wider population of London to the dismal living conditions for those living in that particular area of the city.

Unlike many Ripper theories that have emerged over the years, this new proposition comes with potential evidence in the form of documents that Williams has uncovered from the International Working Men's Education Club.

These materials shed greater light on the agenda of the organization and how their political motivations may have stirred the men that Williams believes were behind the killings.

Clearly no stranger to the contentious world of Ripperology, he has even taken the extra step of submitting his research to renowned criminologists, such as Dr. Cyril Wecht, who were greatly impressed with his work.

A complete distillation of Williams' investigation can be found in his forthcoming book and much more on his theory can be found at The Lineup.