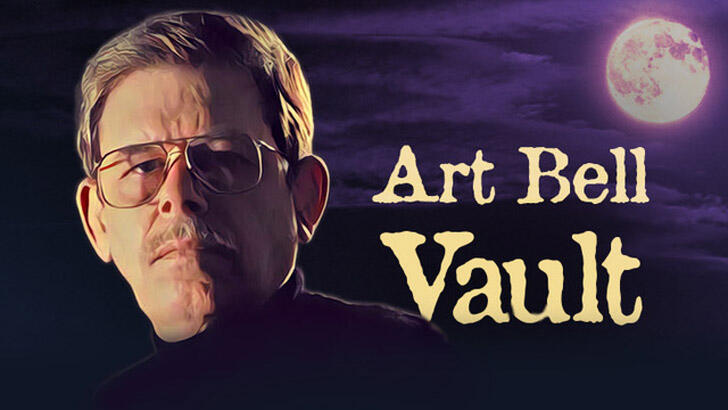 Coast to Coast AM is proud to announce the launch of our newest feature for Coast Insiders: The Art Bell Vault. This ongoing curated collection features classic Art Bell programs in which the legendary C2C host talked to renowned paranormal researchers about a vast array of strange and unusual topics as well as unforgettable episodes featuring one-of-a-kind callers with fantastic stories and mysterious individuals with some truly amazing claims.

As part of our initial 20 shows launching the Art Bell Vault, we're showcasing some truly iconic episodes like the 1995 appearance of aspiring time traveler 'Mad Man Marcum,' who detailed his attempts to build a machine to journey into the past. Coast Insiders can also hear Mel Waters discuss a bottomless hole said to be in his backyard and a man named 'Bugs,' who purportedly shot a Bigfoot. In addition to that, subscribers can hear Art Bell's first conversations with Father Malachi Martin as well as Dr. Michio Kaku.

Alongside those programs, we're also highlighting five fantastic programs in which Art and his guests explored various aspects of the afterlife, from EVPs to NDEs and the prospect of immortality. Additionally, we've got five episodes featuring guests sharing secrets and revelations which the 'powers that be' did not want the world to know. And, we've also unearthed five 'wildcard' episodes with guests who had seemingly come out of nowhere with some truly amazing stories, like the 'Satan-loving' witch named Harlot.

These riveting programs have commercials and breaks removed and are presented in multiple-platforms-- available on-demand for Mac, Windows, IOS, and Android. Many of them feature rare "5th" hours of content from back in the 90s when the show had a longer running time. We do include Art's beloved bumper music, which became such an indelible part of his program.

And for the true Art Bell fan, we offer different listening options to fine tune your experience, such as guest only, and full show streams. Two vintage shows will be added to the collection each week. Coast Insiders, we're very happy to bring this new offering to you at no additional charge to your subscription! We welcome your feedback.