Home > Articles > Iridescent Clouds Spotted on Mars by the Curiosity Rover
May 31, 2021 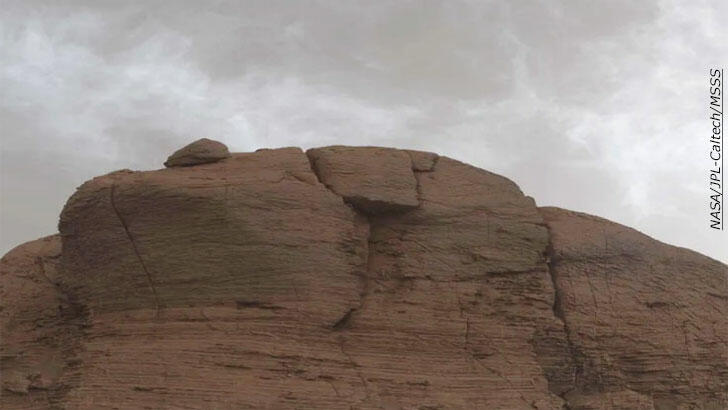 Iridescent Clouds Spotted on Mars by the Curiosity Rover

While the above image might look like a scene from the American Southwest, it's actually a view from Mars, showing clouds forming unusually early in the season over Gale Crater. Taken by NASA's Curiosity Rover, the curious "noctilucent" clouds thought to be made up of icy particles, take on iridescent colors, especially just after sunset. 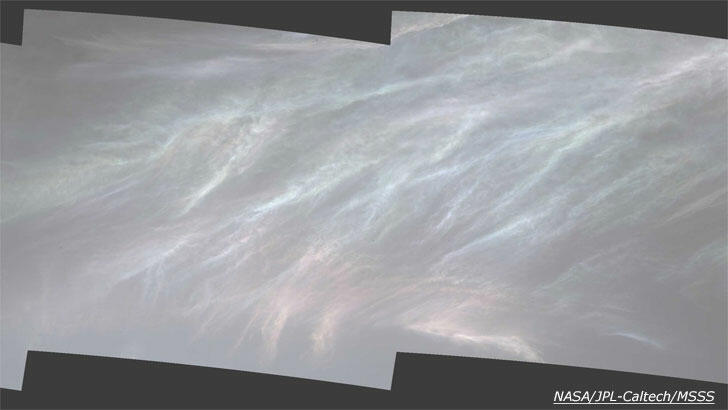 "I always marvel at the colors that show up: reds and greens and blues and purples," Mark Lemmon, an atmospheric scientist with the Space Science Institute in Colorado, remarked in a NASA report. "It's really cool to see something shining with lots of color on Mars." More details at Space.com.

Evolutionary biologists Bret Weinstein and Heather Heying discussed unhappiness and division in the most prosperous age in human history. Followed by psychic medium Kristy Robinett, who explained the messages sent via nightmares.