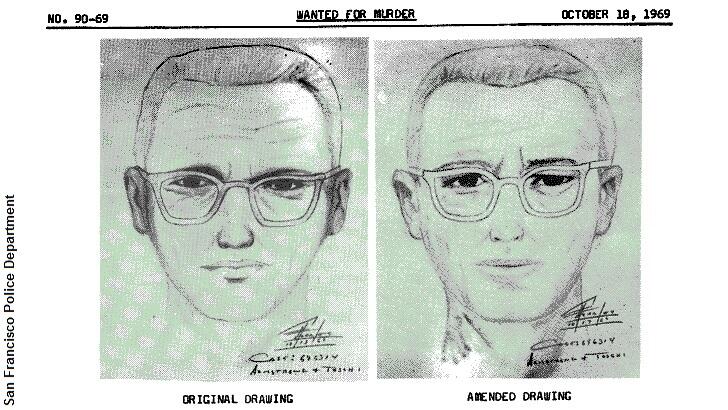 Is the Zodiac Killer Next to be Nabbed by DNA?

Following last week's stunning arrest of a suspect in the Golden State Killer cold case, true crime fans have wondered if the same DNA investigation techniques could also lead to the Zodiac Killer.

The infamous miscreant who haunted northern California in the late 1960's has been likened to an American Jack the Ripper due to his penchant for writing taunting letters to police challenging them to catch him.

His haunting missives, gruesome murders, and eye-catching self-given named 'Zodiac' have made this mysterious individual something a white whale for both law enforcement and armchair researchers for decades.

However, on the heels of police arresting Joseph James DeAngelo for the Golden State Killer murders based on a DNA connection found through a commercial genealogy website, Zodiac hunters hope that they may finally be able to find out the killer's identity in the same fashion.

According to a former homicide detective who actually pursued the Zodiac Killer and just so happens to now run the forensic lab a county sheriff's office in California, there are significant differences between the two cases which should cause one to temper their expectations for now.

Pam Hofsass explained to the Sacramento Bee that while "it is possible" that authorities could find the Zodiac using a similar method to how they tracked down their GSK suspect, there are issues surrounding the source DNA which make this something of a challenge.

That is because, at the time of the Zodiac's crimes, investigators were far less careful when it came to handling evidence and, therefore, likely transferred their own DNA onto crime scene materials.

Additionally, while a 2002 TV special claimed to have obtained the Zodiac Killer's DNA from one of his letters, it has recently been revealed that the sample came from the front of a stamp, suggesting considerable uncertainty when it comes to whether or not it is a genuine genetic profile.

This news has resulted in previously-cleared suspects now being considered 'back in the mix' as well as the realization that there seems to be no official DNA profile that authorities could point to as being the Zodiac Killer.

To obtain that, they would probably have to try and pull DNA from either the adhesive on the envelope or the stamp from a Zodiac letter.

Otherwise, authorities are largely left with partial or mixed DNA samples from other pieces of evidence.

Nonetheless, Zodiac researchers are optimistic that the remarkable recent success in the search for the Golden State Killer will inspire a renewed effort to track down the Zodiac by similar means.

Coast Insiders can learn more about the Zodiac Killer case by checking out the 11/14/2014 edition of the program featuring longtime researcher Tom Voigt.