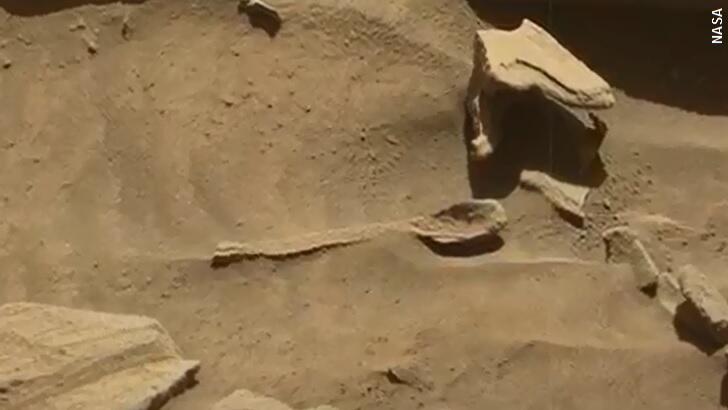 Is This a Spoon on Mars?

A common household item appears to be the latest oddity to be discovered 'hiding' in NASA images of Mars as anomaly hunters believe they have discovered a spoon sitting on the surface of the Red Planet!

Noticed in a photo taken by the Mars rover, the strange object clearly stands out from the sand around it and does, indeed, bear a striking resemblance to a spoon.

Advocates for an ancient Martian civilization see the spoon as yet another sign that the planet was once the home of some kind of intelligent race.

More conspiratorial minds may look at the spoon and suggest that it is proof that NASA isn't even on Mars and that they're filming from a desert here on Earth.

Skeptics, however, don't see a spoon at all and argue that the object is the simply the latest case of pareidolia playing its usual tricks.

While that explanation remains the most likely of all, we're kind of hoping that an ambitious anomaly hunter will spot a carton of strawberry ice cream somewhere nearby.