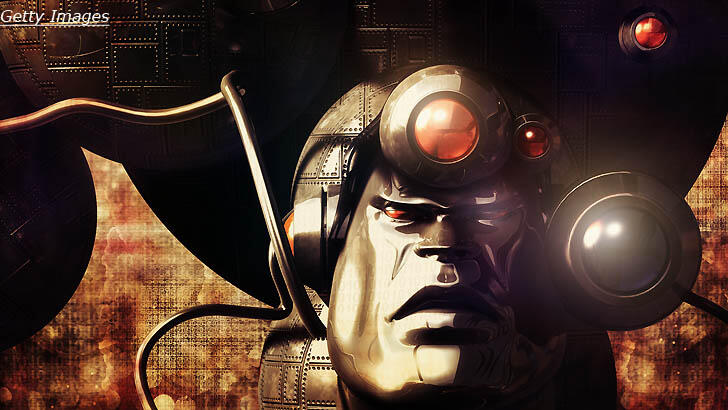 The top secret Defense Department research agency, DARPA, may be creating cybernetic human soldiers with control-chips implanted in their brains.

And the agency is also reportedly developing an autonomous, AI system which would allow self-aware computers to launch a thermo-nuclear war without any human input at all!

Investigative journalist Annie Jacobsen, and author of "The Pentagon's Brain: An Uncensored History of DARPA", told C2C that while The Defense Advanced Research Projects Agency has ploughed billions into cutting edge military scientific research designed to protect the nation, it may also be a "double-edged sword".

But what's DARPA really all about?

"What's incredible, that this is the most powerful, most productive military science agency in the world and has been since it was created in 1958. So, few people know about what it's up to," Jacobsen told C2C.

"It has a public face but so many of these research agencies have a very deep history that is not reported – not known about it. And, certainly, parts that are deeply classified."

The clandestine military research group was created by then-President Dwight D. Eisenhower during the height of thermo-nuclear fears at the height of the Cold War, which prompted the agency's creation, she explained.

"DARPA was created as soon as the Russians launched Sputnik…they had taken the pole position in terms of science and technology and they were much closer to that dreaded ICBM that could get a nuclear weapon to the United States.

"And so Congress threw a ton of money into what was then called ARPA – minus the "D' for Defense which came along during the Vietnam War. But it's the same agency," Jacobsen said.

To protect the nation, the agency's inner workings remain secret, situated at the forefront of military technological advances.

"The key word here is 'revolution' – DARPA's job is to create Revolutions in Military Affairs called RMA which is Pentagon dogma and, of course, a revolution isn't a revolution without that element of surprise," she elaborated.

"And that is the conundrum of DARPA that you want to have the strongest science and technology agency in the world. And DARPA does its job in that regard extraordinarily well. I mean we've never lost that top position in terms of military technology since the agency was created."

Jacobsen also said that by maintaining supremacy, DARPA could be a "double-edged sword".

After conducting interviews with top scientists, "the Pentagon calls them the super-men of science," Jacobsen revealed that DARPA is now concerned with a new threat instead of traditional enemies.

"And that threat, I believe, is artificial intelligence which DARPA leads the science and technology in - and always has.

"A thermo-nuclear weapon cannot launch itself – it requires a human. Now we're moving into this arena where it is Pentagon dogma to have fully autonomous weapons by 2038," Jacobsen said. "By autonomous - I mean self-governing.

"And if the artificial intelligence barrier is broken by DARPA and we wind up with those kind of weapons - there is a real serious threat that those weapons could launch themselves."

Jacobsen warned that self-aware, reasoning AI super-computers could interface with one another or develop an alliance of their own, saying "We should not be creating these weapons that are fully autonomous. Yet, that is where the Pentagon is determined to go.

"DARPA has already succeeded in creating a rat that will be steered by remote control by implanting an electrode in its brain.

"And it's done the same thing with a moth which is really remarkable because the scientists implanted the electrodes in the pupa stage of the moth when it was still a worm! And then it transformed into having wings, and those tiny little micro-sensors transformed with the moth and the DARPA scientists were able to steer that moth.

"Imagine following that idea through – DARPA is moving toward engineering humans for war."

After FDA approval, DARPA's prototype would enable "brain-neural interfaces" by embedding microchips in the injured veterans. Reportedly, it may also help treat symptoms of PTSD (post-traumatic stress disorders). The military agency has said the controversial RAM protocol has not yet entered the testing phase.

"DARPA initiated a series of programs to help cognitive functioning, to repair some… damage," Jacobsen told NPR, by "putting brain chips inside the tissue of the brain."

Jacobson told George, "It is all part of the process – the Pentagon process – to have soldiers and civilians become comfortable with this idea of merging man and machine. It's called Transhumanism. Those who are proponents of Transhumanism say that it is inevitable that man will begin to control its own evolution by essentially augmenting itself with machines.

"So, we can make ourselves smarter, for example, with brain chips or we could make wounded – if you're missing a limb, for example – you could have a very advanced prosthetic," she divulged.

"Those who are uncomfortable with this idea say this is pushing science and technology in a way that's dangerous and is ultimately leading us toward – (here we go again) - the hunter killer artificially intelligent robot."

To hear the full compelling interview click here. Not yet a Coast Insider join now.