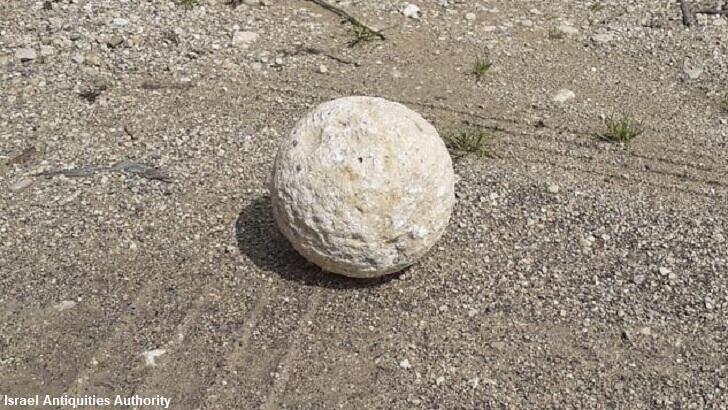 A guilt-stricken Israeli man who stole an artifact from a national park in the country 15 years ago decided to return to the object because he believes that we are nearing the end of days due to the coronavirus. The pilfered piece of history in question was reportedly a 2,000-year-old catapult bolt that had been on display at the City of David National Park in Jerusalem. While visiting as a self-described mischievous youngster back in 2005, the sticky-fingered man made off with the artifact which is about the size of a bowling ball.

The brazen deed was revealed by way of a Facebook post from an individual named Moshe Manies, who explained that he was a friend of the man and had been enlisted by him to help ensure that the artifact would be returned to the authorities in an anonymous fashion. According to the intermediary, the decision to steal the catapult bolt had weighed heavily on the repentant thief's mind over the ensuing years as he grew older, got married, and started a family. And, it would seem, recent worrisome events convinced the man that it was finally time to come clean.

Citing what he told Maines was an "apocalyptic feeling" conjured by the coronavirus pandemic, the man handed the catapult bolt over to him in the hopes of rectifying his mistake. The odd account quickly caught the attention of officials at the Israel Antiquities Authority, who retrieved the object from the man's friend and announced the recovery of the artifact on Monday. Sensing that perhaps there may be others facing similar crises of conscience during these unsettling times, they called on such individuals to make things right and hand over any ill-gotten "ancient treasure."