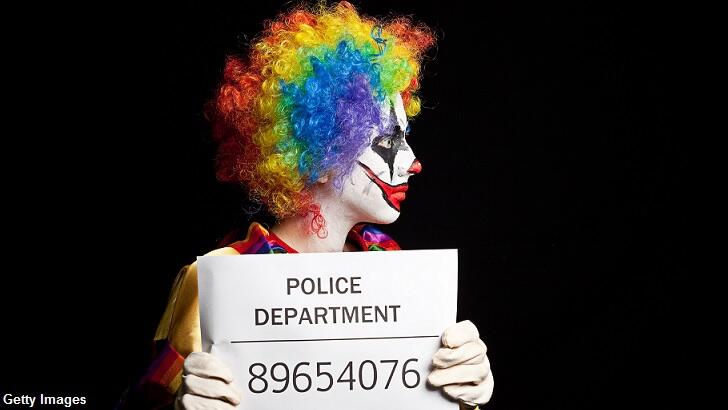 Following a series of creepy clown sightings in Israel, authorities there have issued a stern statement vowing to put a stop to any further funny business from the harlequins.

In an official release on their Facebook page, the Israeli police force put the Pennywise imposters on notice, promising that any creepy clowns caught menacing citizens would "encounter strict and uncompromising police enforcement."

According to the posting from police, cops throughout Israel have already taken numerous teens into custody after they were found dressing up as clowns and scaring unsuspecting individuals.

The message goes on to implore parents to keep a close eye on their children, lest they fall in with the wrong crowd and wind up also becoming a creepy clown.

Perhaps hoping to prevent the rise of harlequin-hunting posses as happened in Australia, authorities are also asking citizens to report any clown sightings to police rather than resorting to vigilante justice.

In a testament to how serious the Israeli government is taking the clown outbreak, the country's Education Ministry actually issued guidelines for how parents and teachers should handle the strange situation.

The department advises having conversations about the clowns with children and stresses that these talks "shouldn’t frighten but rather convey soothing messages."

Whether the crackdown on creepy clowns in Israel serves to put a stop to the spate of sightings remains to be seen, since telling teens not to do something is almost always seems to backfire in a big way.