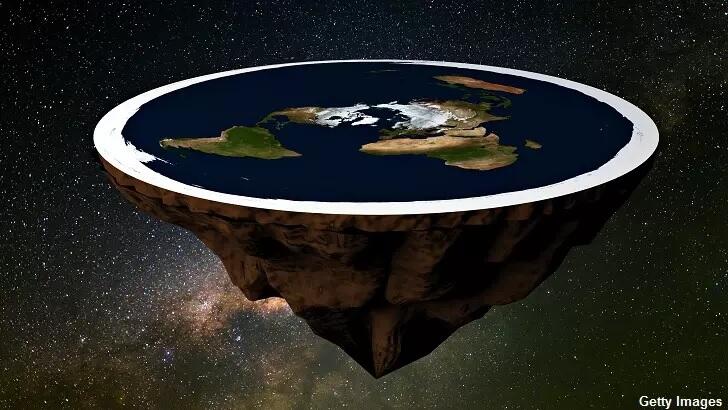 An Italian couple who believe that the Earth is flat wound up on a wild misadventure after they decided to put the theory to the test by embarking on a journey to what they suspect is the 'edge of the world.' The incredibly strange saga reportedly unfolded back in April, but was only revealed to the Italian media by authorities this week. It began when the pair broke the country's then-stringent coronavirus travel restrictions and set off in their car towards the coast of Sicily.

Amazingly, when they reached the seaside town of Termini Imerese, the pair sold their car, purchased a boat, and set sail for the island of Lampedusa which, for reasons unexplained, they believe to be the edge of the Flat Earth. Either due to a lack of nautical navigation skills or an ill-conceived travel plan, they ultimately arrived at the island of Ustica, which is located north of Sicily and approximately 225 miles in the opposite direction of where they wanted to go.

According to officials on the island, the two weary travelers were found "tired, thirsty, and risking shipwreck." A doctor who attended to the duo understandably found some amusement in their predicament, noting that "the funny thing is that they oriented themselves with a compass, an instrument that works on the basis of terrestrial magnetism, a principle that they, as Flat Earthers, should refuse." The pair were then taken by escort to the Sicilian capital of Palermo, where they were told to remain in their boat under quarantine for 15 days.

It would seem, however, that their quest to find the edge of the world would not be denied as, incredibly, the couple defied the order and took to the sea once again. This trip did not last as long as their previous excursion as they were intercepted by a harbormaster after only three hours. And, in what must have been a maddening experience for local officials, the pair actually attempted yet another failed escape after that, which led to the Flat Earthers ultimately throwing in the towel on their trip and going home.