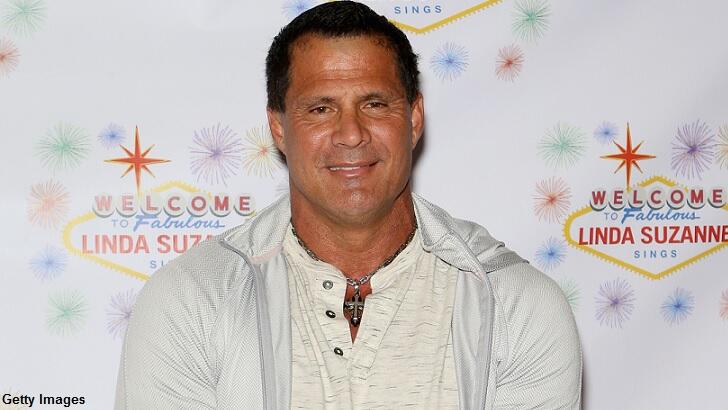 After making headlines last month with some truly bizarre musings about ETs and time travel, retired professional baseball player Jose Canseco is doubling down on his penchant for the paranormal. The retired slugger drew snickers in late January when he revealed on Twitter that "we are in contact with aliens" and that they wish to teach humans how to time travel, but we are unable to adopt the technology. The remarkably specific statements were largely dismissed by sports and pop culture pundits as yet another example of Canseco's notoriously eccentric nature.

Despite being the subject of considerable ridicule, the savvy Conseco clearly saw the attention that his tweets received and subsequently offered his followers the chance to "come play golf with me and learn about aliens and time traveling." As you may have surmised by now, this 'once in a lifetime' experience comes at a cost. Canseco's manager reportedly explained that this proposed excursion would consist of only five spots at a cost of $5,000 each.

Perhaps sensing that he needed to add even more to his alien-centric golf game in order to garner the interest of high rollers willing to shell out that kind of cash, Canseco dragged poor Sasquatch into the mix by promising to attendees that he'll also "show you Bigfoot." As if all that were not enough, he also claimed that "I have figured out a way to live an extra 30 years." Whether this purported panoply of paranormal revelations will be enough to convince people to pay for a golf game with Canseco remains to be seen, but we really hope someone films the illustrious confab should it come to pass.