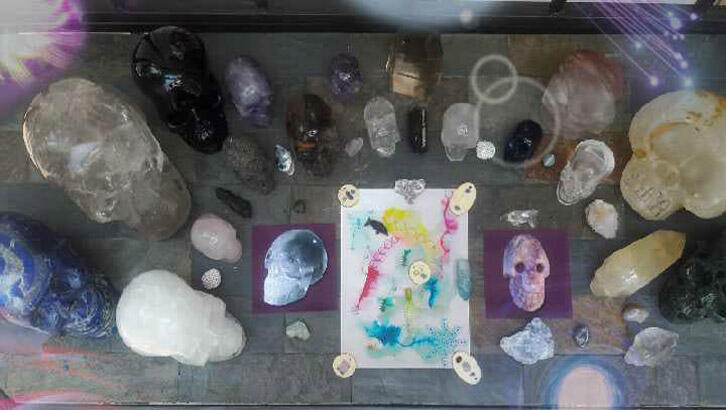 Joshua Shapiro has provided several images for his appearance on the 7/10/20 show about crystal skulls. The above image is an example of how people setup the skulls in an energetic mandala pattern. 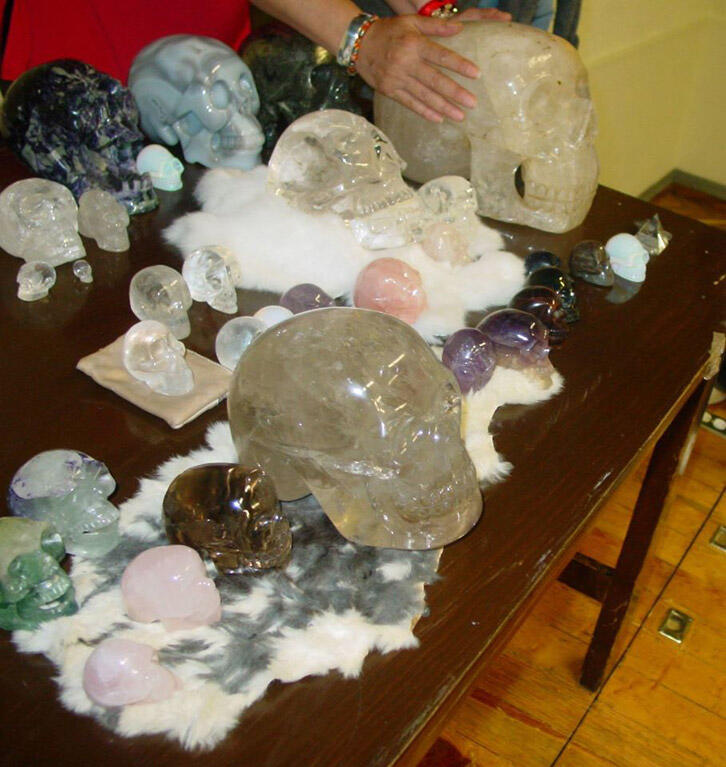 Our personal crystal skulls sitting with other skulls discovered in Mexico in the ground during a conference in Mexico in 2009. 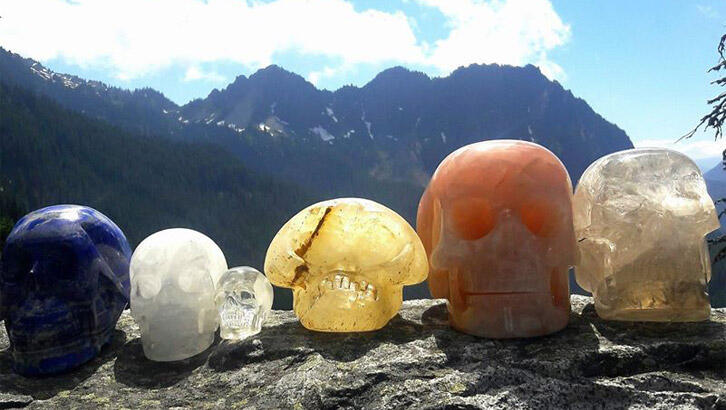 Some of our personal crystal skulls enjoying the special energy in Mt. Rainier, close to where Kenneth Arnold saw UFOs flying in 1947. 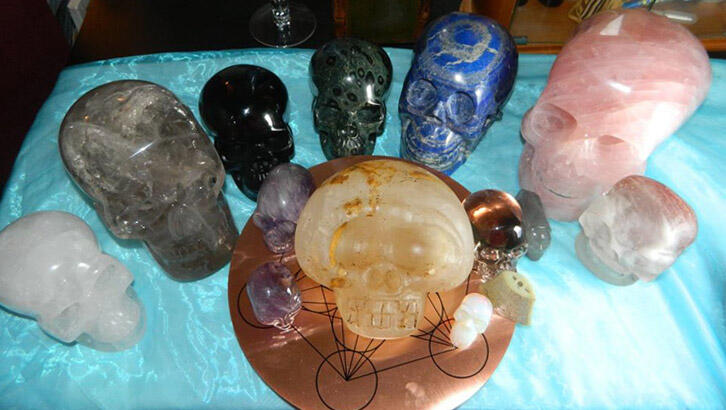 A special alignment of our personal crystal skulls we use for the world peace meditations we offer. 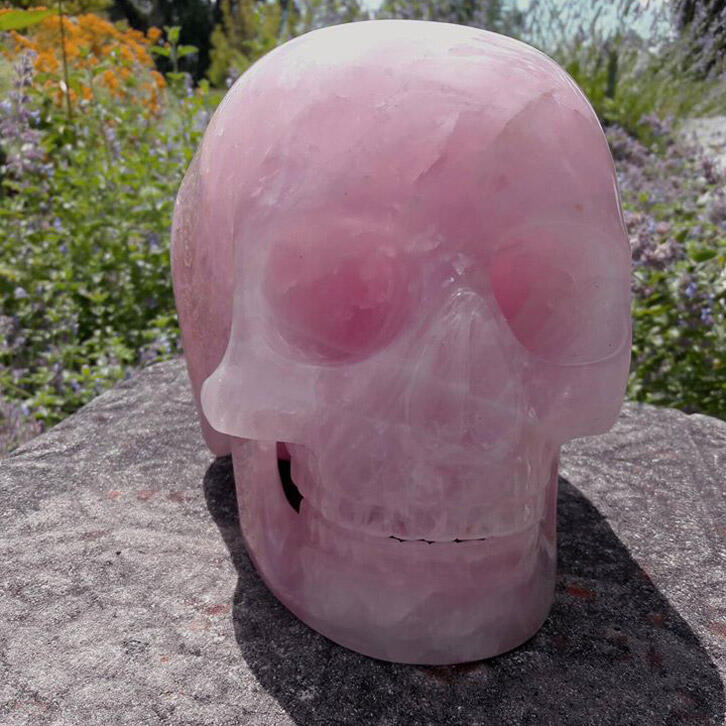 A full size two piece rose quartz skull with a separate jaw gifted to us by Chinese carvers. 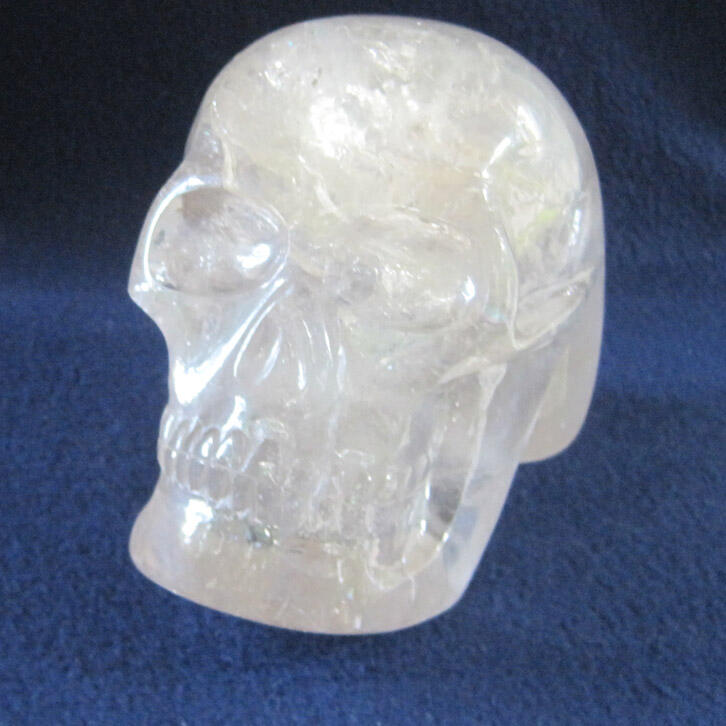 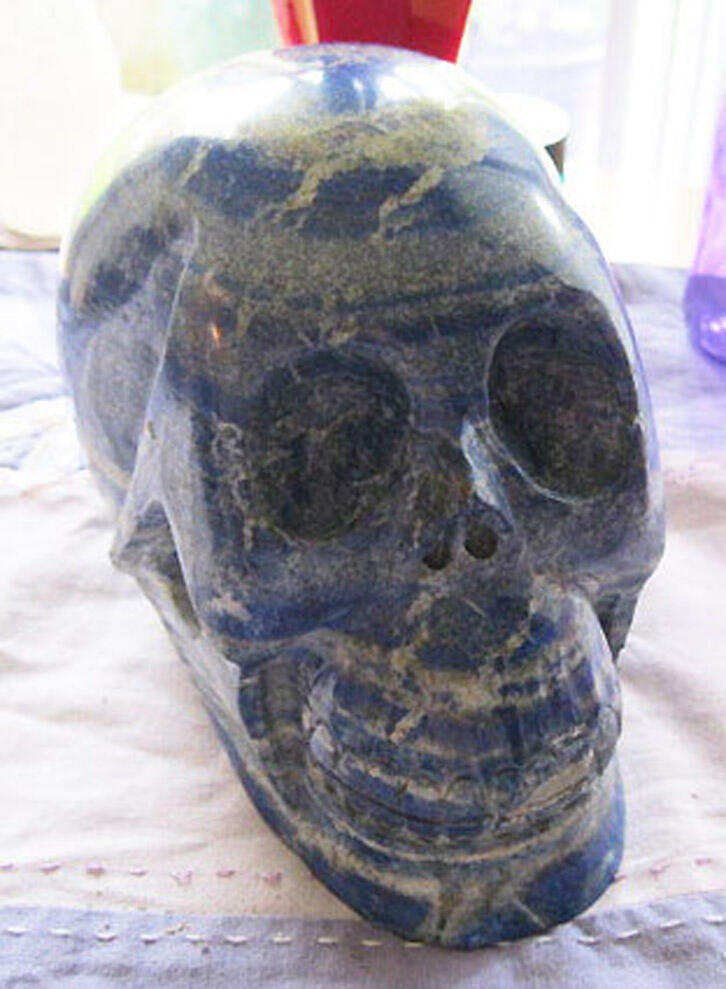 A large lapis lazuli crystal skull gifted to Shapiro by a friend who was inspired to send him this skull, after reading about the Blue Skull of Peru, Shapiro described in one of his books. 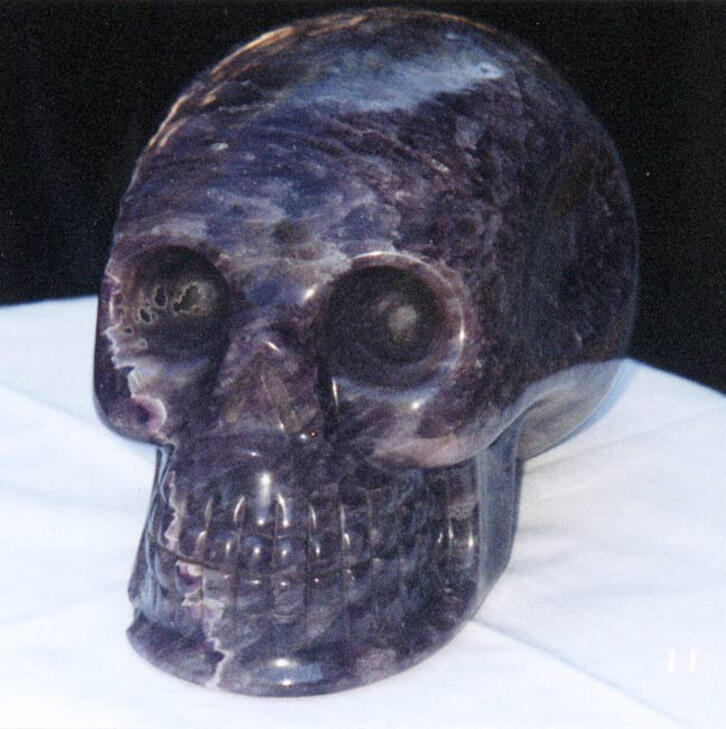