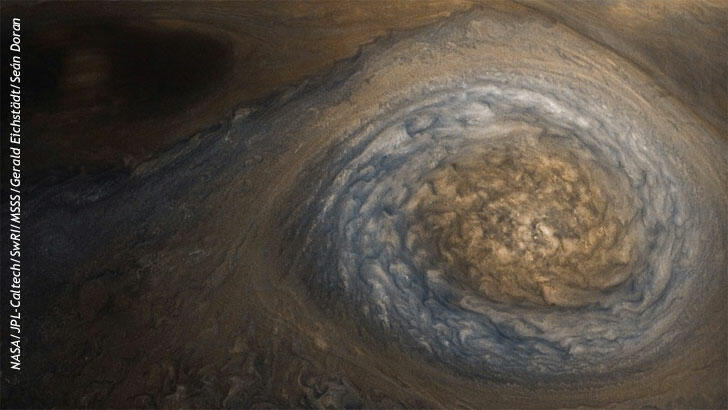 NASA recently released an image of one of Jupiter's lesser known great storms, taking place on the mega-planet's northern polar region. Called an "anticyclone," the 3,700-miles-wide weather phenomenon has winds that flow in the direction opposite to that of the general region.