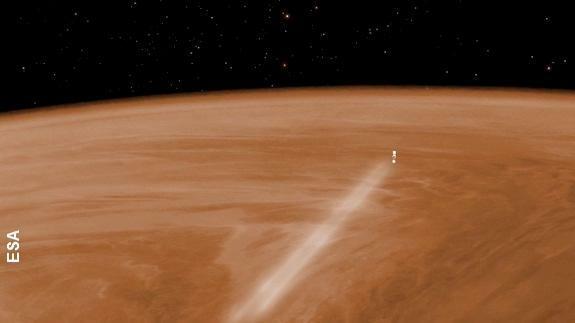 The European Space Agency's Venus Express probe could see its successful eight year mission come to a close next month when the satellite dives into the planet's lower atmosphere in a maneuver known as 'aerobraking.' Orbiting the 'Morning Star' since 2006, the Venus Express provided a wealth of new information about the planet, but now that it has nearly run out of fuel, ESA sees the daring aerobrake mission as a final chance to discover additional insights about the mysterious planet before the probe ultimately crashes to the Venusian surface. More on the story at Space.com.