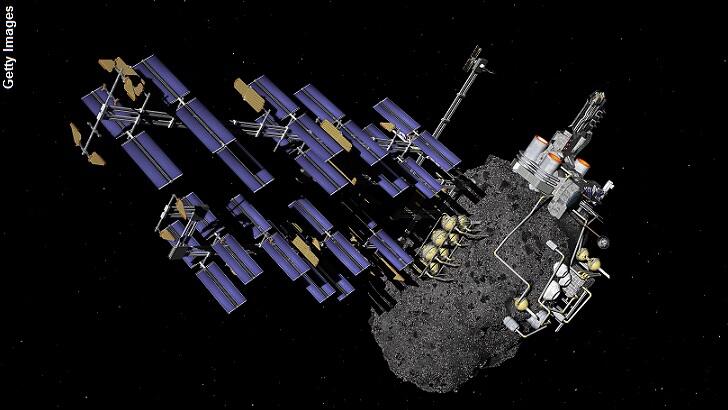 Recently passed legislation which legalized space mining has spawned speculation that it could kick off a proverbial 'gold rush' as private companies race to stake a claim to the universe's vast unclaimed resources.

The law officially gives ownership of any resources that a person or company manages to extract from an asteroid or the moon.

Observers of the private space industry see the legislation as a major breakthrough for companies looking for investors in their quest to reach the cosmos.

Previously, the murky legal status of these sought-after resources stymied investors from providing the capital necessary to launch the expensive missions needed to harvest them.

One potential project already under discussion is the development of a refueling station for hydrogen-powered rockets that would harness water frozen inside asteroids.

Additionally, there is a wealth of valuable minerals which could be collected, brought back to Earth, and sold for tremendous profit.

As of now, space mining remains a theoretical enterprise, but the first prospecting missions are expected to begin in 2017 with actual mining to get underway three years later.

Entrepreneurial readers may want to wait before hitting up their rich relatives for an investment over the holidays as experts estimate that establishing the space mining industry will require a whopping $3 trillion dollars over the next decade.