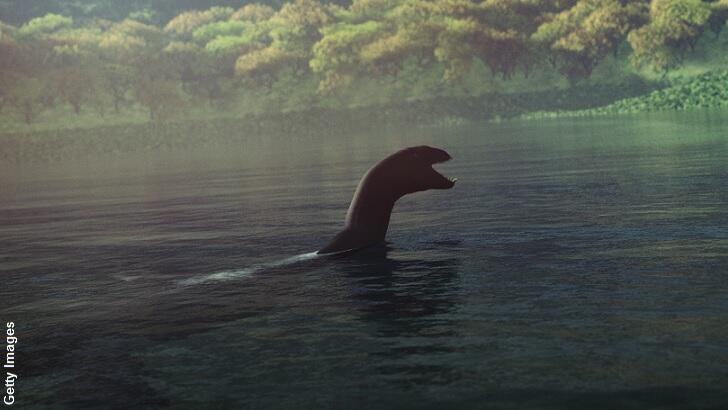 Tales of a unidentified sea creature lurking in a North Carolina lake have been renewed following a fresh sighting of the cryptid.

An anonymous witness, who reported his sighting to the website cryptozoology.com, claims to have spotted a 'dinosaur-like creature' causing a ruckus in North Carolina's Lake Norman.

According to the observer, the mystery beast looked to be about ten feet long and was "splashing around in the water" for around a minute before disappearing back down into the water.

Unfortunately, the witness did not manage to take a photo of the creature, but his encounter is just the latest in a long line of such sightings at the man-made lake which was constructed between 1959 and 1964.

Seemingly ever since it was completed, the lake has spawned stories of a mysterious monster described variously as reminiscent of a crocodile, a serpent, or a large fish.

The mystery animal has become so notorious that, as often happens, it has been adopted as a quasi-mascot by residents of the area, who christened it the Lake Norman Monster or 'Normie' for short.

While skeptics will say that it's nearly impossible for an artificial lake to have somehow acquired a mysterious sea creature, especially a still-living dinosaur, witnesses say that is precisely what they saw and the experience has kept them from swimming there ever since.