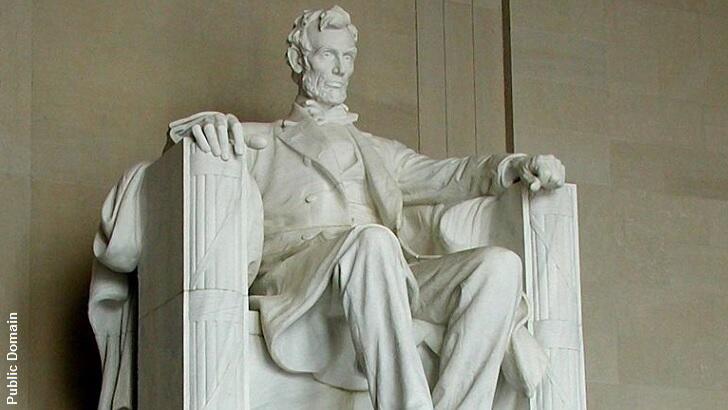 A historical mystery surrounding a letter allegedly penned by Abraham Lincoln in 1864 may have finally been solved.

The curious missive was sent to a woman in Boston named Lydia Bixby during the Civil War and shared the sad news that all five of her sons had died in battle.

Purportedly written by Lincoln himself, the eloquent language contained in the letter led to historians declaring it to be one of the iconic president's finest pieces of prose.

Dubbed the 'Bixby letter,' the message has since become a legendary part of Lincoln lore and is often included in a variety of tributes to the beloved former president.

However, historians have long questioned the legitimacy of the tale and many suggested that the letter was likely to have been written by Lincoln's secretary John Hay.

As can often happen in the world of academia, the debate over the authorship of the letter has lasted for decades, but a new study indicates that the case may have finally been solved.

Hoping to decipher who exactly wrote the message, a team of forensic linguists developed an entirely new technique designed to take a fresh look at the letter.

The researchers used a special computer program to analyze 500 pieces of writing from both Lincoln and Hay to discern patterns which could provide each individual with a veritable 'linguistic signature' of sorts.

They subsequently compared these findings with the Bixby letter and the process showed that, with around 90 percent certainty, the person who penned the message was likely Hay and not Lincoln.

The team behind the project hope that their work will help put an end to the argument over who wrote the letter, but it would not be too surprising if the debate continues in academic circles as centuries-old questions always seem to do.

As to how this may connect to our modern times, the experts who worked on the Bixby linguistics study say that the new methodology can be applied to similarly short texts which had previously be too brief for such analysis.

So one might want to think again before sending any anonymous texts to their ex, since their linguistics may give them away.