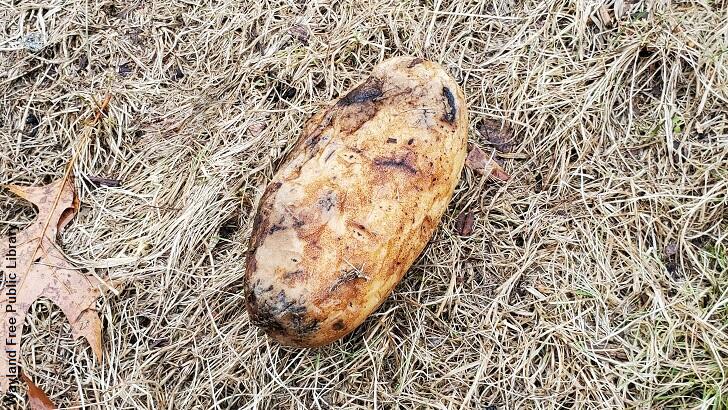 The staff of a library in Massachusetts are asking the public for help in solving a strange mystery centered around, of all things, baked potatoes. According to a local media report, the curious case came to light last week when the Wayland Free Public Library took to Facebook with a rather odd tale. "The front lawn of the library has been accumulating what appear to be perfectly lovely baked russets this week," they announced, explaining that a pair of the potatoes had inexplicably been found outside the building seemingly left there over the course of a few days.

Library director Sandy Raymond noticed the original spud and was then left scratching her head when a second potato appeared later in the week. Initially thinking that perhaps someone had simply moved the first potato, she quickly realized that, in fact, there was a potato mystery brewing at the building. "None of us can imagine how they got here," the library wrote and jokingly wondered if the spuds were "part of a rare potato migration?"

Theories for the origins of the potatoes have largely focused on the fact that they are baked and not raw, suggesting that they came from a residence or a restaurant. However, attempts to track the spuds back to a local eatery have proven futile, leaving the mystery unsolved for now. For their part, Raymond says that, as "an experiment," the library has opted to leave the vegetables where they were found outside the building, since "they're not going to hurt anything" and the person who left them behind might just come back to retrieve them.