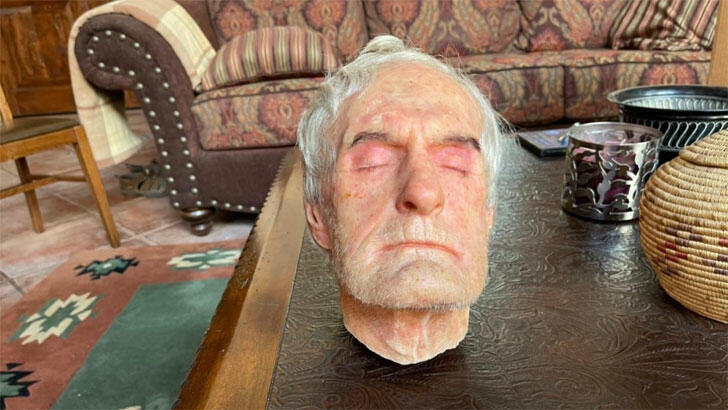 Psychedelic promoter Dr. Timothy Leary, the defrocked Harvard psychology professor whom President Nixon called "The Most Dangerous Man Alive," planned for his head to be frozen upon death. Famous for coining the phrase "Turn on, Tune in and Drop Out," Leary contracted with Alcor cryonics company for post-mortem decapitation and brain freezing, so that perhaps he could be brought back to life in the future.10/7/21 show guest, Paul Davids used a remarkably lifelike reproduction of Leary's head, made by a major Hollywood special effects company for his documentary on the subject. More details here.