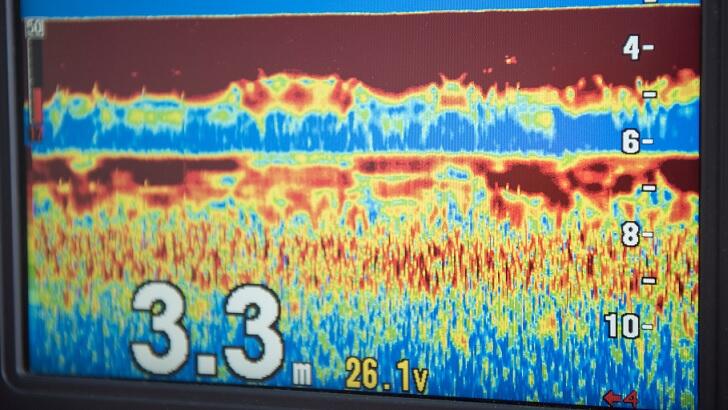 The latest potential Loch Ness Monster sighting comes by way of a tourist who reported a rare instance wherein the legendary creature may have been spotted on sonar. The intriguing case reportedly occurred on August 26th as Benjamin Scanlon and his family were vacationing at the iconic Scottish site. Much like many tourists who visit the famed location, they decided to go out onto the water via a popular cruise ship billed as the 'Nessie Hunter.' In this instance, it would seem that the name of the vessel lived up to its billing.

While cruising along Loch Ness, Scanlon was stunned to see that the sonar of the ship picked up a peculiar anomaly in the water. Fortunately, he was able to snap a picture (which can be seen below) of the monitor which displayed the puzzling return. The captain of the 'Nessie Hunter,' who is presumably well versed in examining sonar images, indicated to Scanlon that the object appeared to be around 10 to 13 feet in length and was lurking at a depth of around 65 feet.

Scanlon's story is particularly unique as nearly all Nessie sightings come from either someone standing on the shore of the site or individuals watching the Loch Ness webcam in their homes. That said, last year saw two sonar cases from Loch Ness, so such events are not entirely unheard of in recent times. The late August sonar report from Scanlon was subsequently accepted by the Official Loch Ness Monster Sightings Register as the 5th on-site case this year.

The website also accepted yet another potential webcam sighting from Eoin O'Fagan, who has amassed a slew of such cases over the years simply by diligently watching the live stream for anomalies. These two reports bring this year's total number of Nessie sightings, both on-site and online, to 13, which matches the count for all of 2020. Considering that there are still nearly four months left in 2021, it's a safe bet that last year's total will wind up being surpassed, though it may not reach the high-water mark set in 2019, which was this century's best year for sightings with a whopping 18 reports.