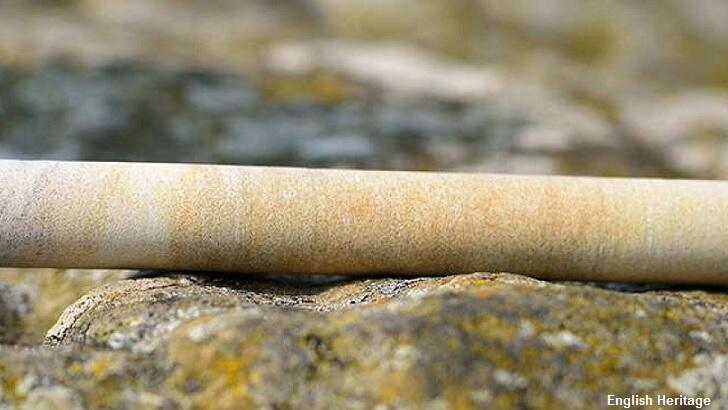 'Lost' Piece of Stonehenge Gets Returned

A piece of the famed Stonehenge monument that was removed from the site six decades ago and subsequently lost has been returned to the proprietors of the legendary landmark. The four-foot-long cylindrical segment was extracted from one of the megalith's stones during a 1958 restoration project aimed at reinforcing the structure by inserting metal rods into the rocks. Apparently, no one at the time considered the piece to be of any value as one of the workers on the job, Robert Phillips, was able to simply take it home with him.

For the next sixty years, Philips kept the one-of-a-kind memento on display in his office and even brought the piece to America when he moved to Florida later in life. However, on the occasion of his 90th birthday last year, he expressed concerns about what might become of the Stonehenge souvenir upon his passing. In turn, since his health is failing and he could not make the journey himself, Philips asked his sons to hand the piece over to English Heritage, which oversees Stonehenge, which they did this week.

Remarkably, it would appear that the very existence of the object was news to the organization as the story of how it was removed was seemingly forgotten by everyone except some historians and people like Philips worked on the project. "The last thing we ever expected was to get a call from someone in America telling us they had a piece of Stonehenge," marveled the organization's curator for the iconic monument. It was later learned that Philips' fragment was one of three that were extracted from Stonehenge during the restoration. The fate of the other two pieces is a mystery and, incredibly, it is entirely possible that they were simply thrown away at the time.

Beyond the proverbial karmic balance brought about by reuniting the piece with its point of origin, scientists say that the segment could also provide some new insights into the famed monument. They note that the nature of the object, having come from the core of one of the megalith's stones, means that it is an unweathered sample from the monument which may contain clues as to where it came from in its chemical composition.