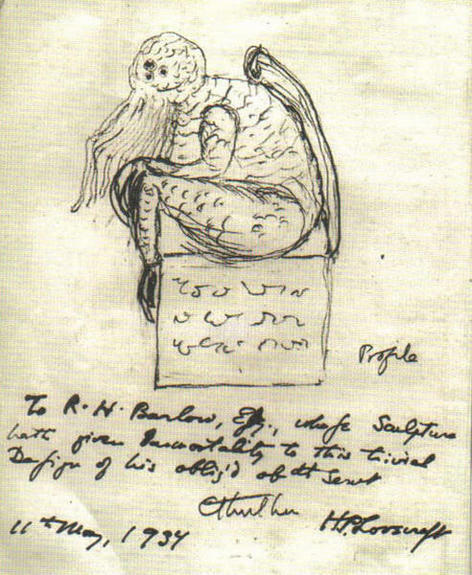 A sketch of the fictional character Cthulhu, drawn by his creator, H. P. Lovecraft in 1934. He first introduced the character-- described as part man, part dragon, and part octopus in a short story in the pulp magazine Weird Tales in 1928. An ancient evil entity, Cthulhu, has since been been featured in numerous other pop culture references and works.