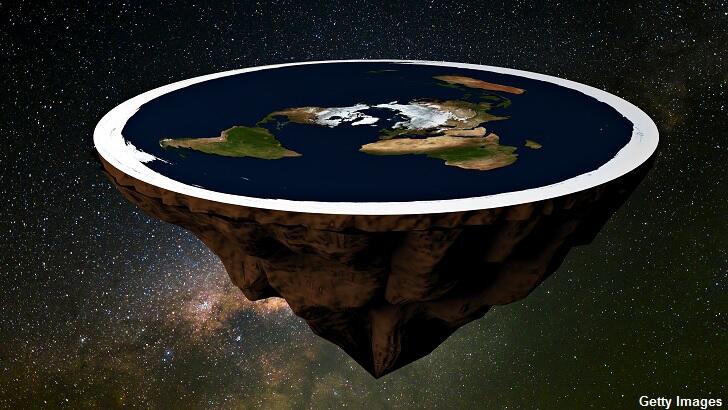 A Malaysian astronaut recently took to social media to issue a stern response to Flat Earth fans who keep writing to him and demanding that he swear to God that the planet is a sphere. Sheikh Muszaphar Shukor made history back in 2007 when he became the first Malaysian to journey into space by way of a ten-day stay at the ISS. The achievement understandably made him something of a celebrity in his country, but that fame also apparently drew the ire of people who contend that the Earth is flat.

In an Instagram post last Friday, Sheikh Muszaphar shared a glimpse of what he must endure on a daily basis via a screenshot of a conversation he had with one disbelieving individual. In the exchange, the critic declares that they are waiting for the astronaut to "swear with the name of Allah that you really saw the Earth is a sphere," intimating that Sheikh Muszaphar dare not do so. In response, the astronaut told the person that he does not "simply use the name of Allah just to prove a point," yet acquiesced to the request "if that is what it takes."

Expounding on the strange challenge, Sheikh Muszaphar revealed that he gets thousands of messages on social media from people asking him if the planet is flat and noted that many of them are as bold as the individual that he highlighted in his post. He lamented that "no matter how much I explain to them, I can never convince them. They are always sticking to their non-factual based evidence which I find appalling." Nonetheless, in an attempt to put the matter to rest once and for all, Sheikh Muszaphar wrote in Malay "in the name of God, I swear that the Earth is like a spherical image seen by me in space."

It remains to be seen whether Sheikh Muszaphar's post will put an end to Flat Earth fans pestering him about his landmark stay at the International Space Station, but perhaps it will at least dissuade skeptical people from attempting to 'trick' the astronaut with the tasteless tactic of asking him to swear to God that the planet is round. Oddly enough, Sheikh Muszaphar's run-in with the Flat Earth community comes just a few days after another history-making astronaut had to confront the conspiracy theory as the UAE's first man in space, Hazza Al Mansouri, was asked at a press conference to also confirm that the planet is spherical.