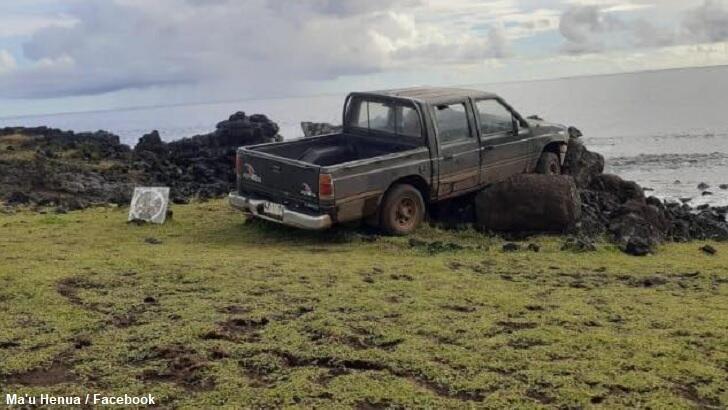 A Chilean man in considerable legal trouble after he crashed his truck into one of Easter Island's sacred Maoi statues. The shocking incident reportedly occurred this past Sunday when the unnamed driver plowed into a platform that held one of the iconic and mysterious monuments. As one can imagine, the unfortunate episode, which may have been intentional, has sparked an outcry on the island.

Camilo Rapu, who heads the Mau Henua community which oversees the care and conservation of the statues declared that "something like this isn’t just dreadful, it’s an offense against a living culture that has spent the last few years fighting to regain its historic and archaeological heritage." This sentiment was echoed by the mayor of Easter Island, Pedro Edmunds Paoa, who lamented that the damage caused by the crash is "incalculable."

He went on to call for stricter regulations when it comes to allowing vehicles near the sacred statues in order to prevent similar incidents from occurring in the future. As for the motorist who created the mess, he was arrested shortly after the crash and charged with damaging a national monument. One assumes that he will likely face a harsh punishment, especially if it can be confirmed that he committed the act deliberately.