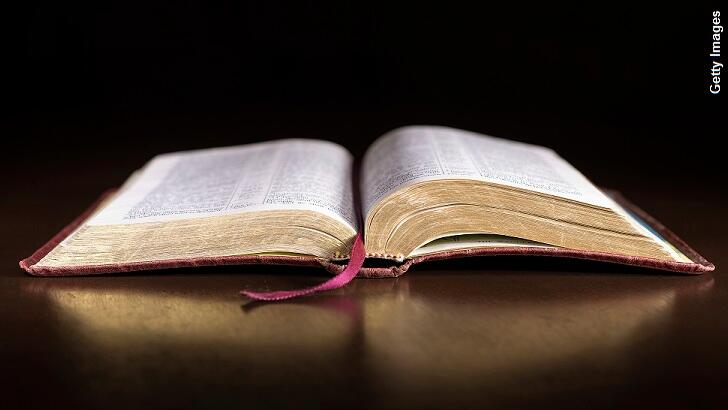 A man who claims to own a haunted Bible is attempting to sell the allegedly possessed book on eBay for a whopping amount of money.

Going by the name 'Fred,' the seller contends that the Bible is from the 1800s and that it was given to him by a friend who had been tormented by evil spirits emanating from the not-so-good book.

According to him, the previous owner reported numerous strange incidents inside her home which she attributed to the potentially possessed Bible.

Aside from the standard ghostly activity of cabinets and doors opening on their own as well as mysterious sounds, the woman was also allegedly pushed down a flight of stairs by whatever evil unseen force is connected to the haunting.

The incident led her to give the book to Fred in the hopes that the haunting would stop, which it apparently did.

Since then, Fred says, he has kept the Bible in an empty room inside a church rather than bringing it into his home.

For reasons unexplained, he now wishes to sell the item and has put it up for sale on eBay.

However, it does not appear that Fred is desperate to get rid of the Bible since he is asking an incredible $167,000 for the book and claims he has already turned down an offer of nearly $70,000.

He argues that the book is extremely valuable as both an antique as well as for its connection to the spirit world, so the astronomical asking price is appropriate in his opinion.

In the eBay listing, Fred describes the book as "highly haunted" and declares that "I accept no responsibility for any poltergeist activities that this Bible might bring into your dwellings."

Presumably, he will also not be held responsible for whatever becomes of the buyer once they tell their family that they spent six figures for an allegedly haunted Bible.