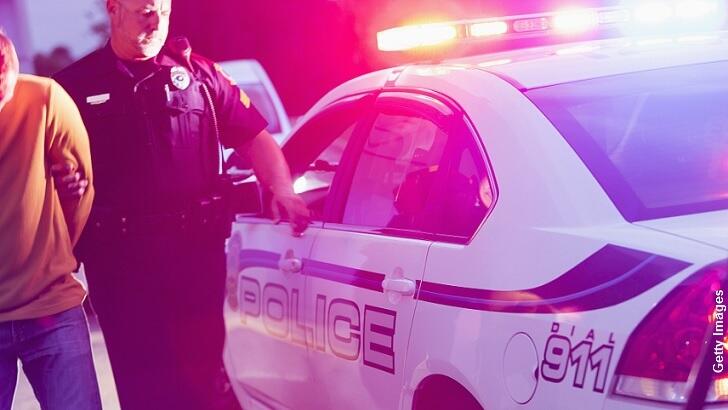 After being taken into custody for an odd stabbing incident in Oregon, the suspected perpetrator offered authorities a truly bizarre excuse for his actions: aliens. According to a local media report, Michael Handy was allegedly causing a ruckus on the side of a road in the city of Eugene earlier this month by pelting passing cars with various unspecified objects. According to police, one driver took exception to being on the receiving end of this barrage and stopped to confront the man.

Things quickly turned ugly as, cops say, Handy stabbed the driver and then made a hasty escape on a bicycle. Fortunately, it would seem that the attack was more frightening than ferocious as the victim reportedly didn't even notice that he had been stabbed until a few moments later and subsequently sought medical attention. Meanwhile, police tracked down Handy, who attempted to evade capture by way of what sounds like an ill-conceived bike chase that culminated with him crashing and ultimately being arrested.

Based on court documents, it was during questioning that Handy revealed to police his strange motivation for the attack, informing them that he is "part alien." The man went on to explain that "the world is being taken over by aliens." Why, exactly, this unsettling scenario prompted Handy to embark on his misadventure is a mystery, though authorities believe they may have the answer as a search of the suspect yielded drug paraphernalia that had seemingly been used to smoke methamphetamine.

Mitch Horowitz shared habits and techniques to revolutionize your life. Followed by Anne Jirsch, a pioneer of Future Life Progression.